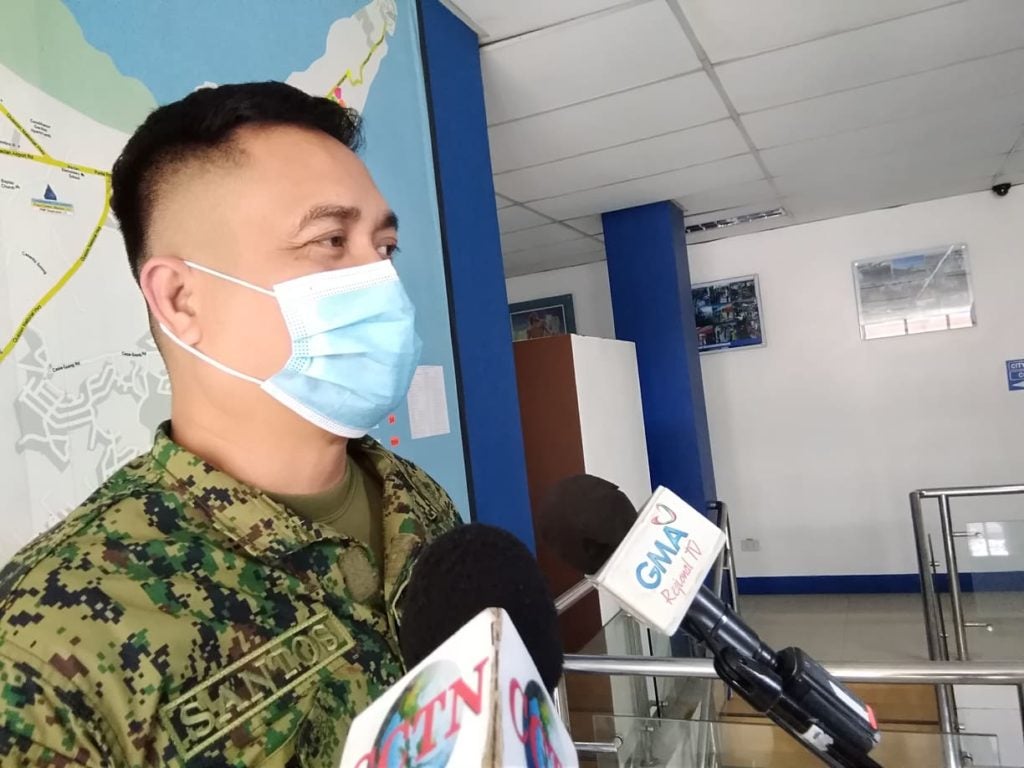 LAPU-LAPU CITY, Philippines — A traffic violation led to the arrest in Punta Engaño, Lapu-Lapu City on Sunday, February 14, of 12 men, who claimed to be members of the Moro National Liberation Front (MNLF) .

The 12 men, who are not mostly from Lapu-Lapu City and were wearing military uniforms, would be charged for violation of article 117 or usurpation of authority, and article 179 or illegal use of uniform and insignia under the Revised Penal Code (RPC), said Police Lieutenant Colonel Resty Santos, deputy director for administration of the Lapu-Lapu City Police Office (LCPO), in a press briefing on Monday, February 15.

The 12 men were wearing military uniforms with patches of the MNLF logo on them.

Investigation showed that it all started when two men, who were wearing military uniforms with MNLF logo patches, and riding on separate motorcycles were apprehended at a checkpoint in Punta Engaño in Lapu-Lapu City at past 2 p.m. of February 14.

Both riders— Joseph Bregildo, 23, and April John dela Cerna, 21 — were brought to the Mactan Police Station for further questioning.

Later, 10 other men in military uniform with MNLF patches also arrived at the Mactan Police Station and tried to intervene with the police investigation against Bregildo and Dela Cerna.

They identified themselves as being connected to the Philippine Navy.

Santos also said that the arrested individuals were mostly not from Lapu-Lapu City but they were recruited from Regions 6 or from Iloilo.

He said that some of them were temporarily staying in Lapu-Lapu City but they were not originally from here.

He also said that those arrested claimed that their recruiter promised them that they would become a member of the military once the Bansangmoro State in Mindanao would be established.

He said that the recruiter allegedly told them that they would then be receiving a salary ranging from P20,000 to P40,000 a month.

Santos also said that they had heard about these men from the intelligence community.

(We have previously heard about them. We got this from the intelligence community that there are people, who were wearing soldiers’ uniforms, in formation in the area.)

Santos also said that he had coordinated with the intelligence community on the background of these men if they were not involved in any illegal activities especially since they are not from Lapu-Lapu City./dbs