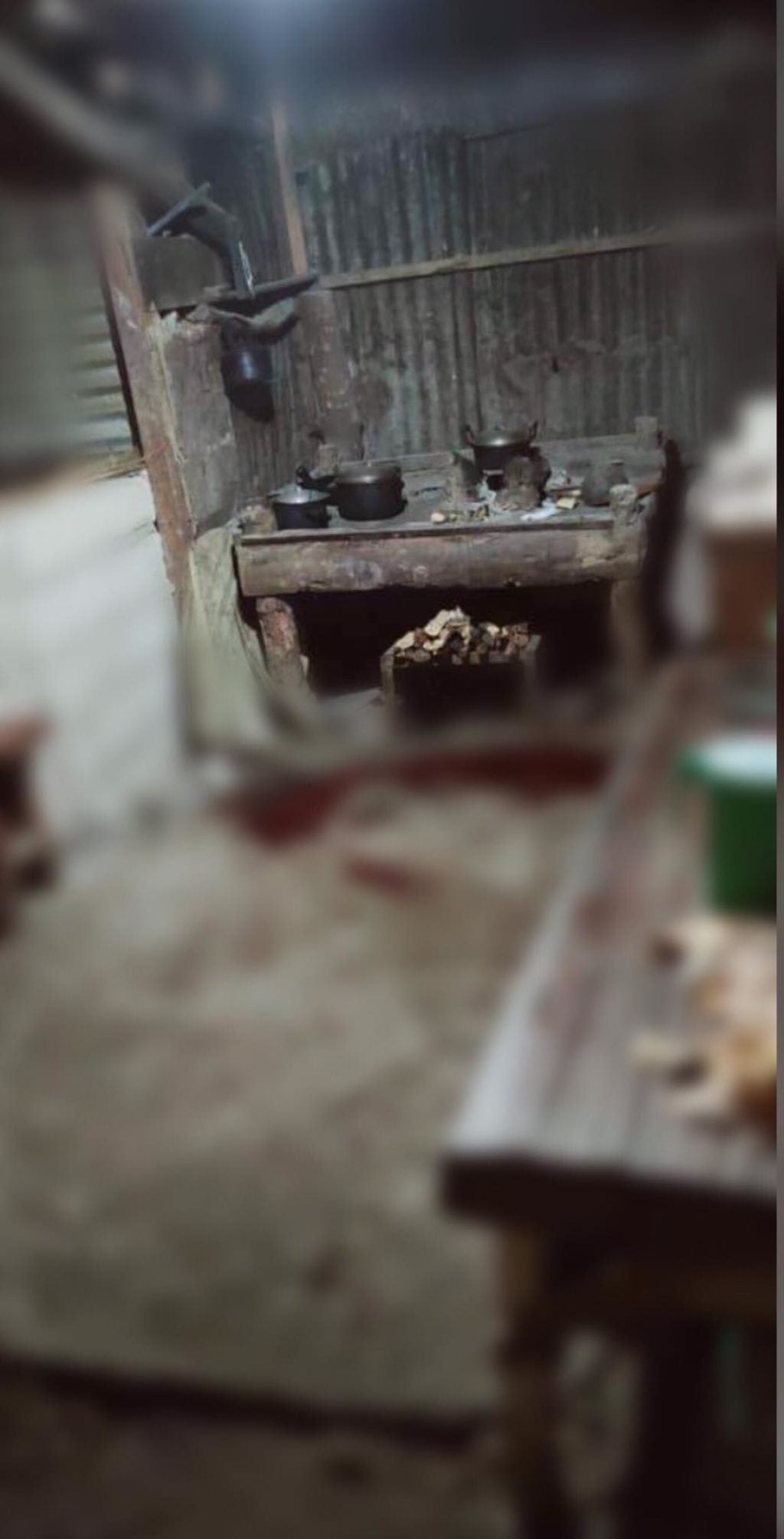 This is the crime scene where a 20-year-old construction worker was shot to death inside his house in Daanbantayan, Cebu on February 15, 2021. | Photo from Daanbantayan Police Station

CEBU CITY, Philippines — Revenge and love triangle are two possible motives that Daanbantayan police are looking into for the killing of Roland Conde, 20, a construction worker, in Proper 2, Barangay Agujo, Daanbantayan, Cebu around 6 p.m. on February 15.

Conde was shot three times inside his home by an unknown assailant.

Police Senior Master Sergeant Alfredo Mandal, investigator of the case said in a phone interview that they considered revenge after learning that Conde was with his cousin on February 14 when the latter figured in a mauling incident in Barangay Agujo.

The police, however, clarified that Conde was there but was not a party in the incident.

Mandal also said that they have already talked with the mauling victim who denied any involvement in the shooting of Conde. But the police are still not discounting this angle.

For the love triangle angle, Mandal said they came up with this idea after learning that the victim, who was an active member of a fraternity had a girlfriend for about two months who was previously linked to one of the members of a rival fraternity. The woman and her ex-boyfriend reportedly had no official closure.

Conde was shot three times in his head inside his house by an unidentified assailant on a Monday evening. Police reports revealed that there were no witnesses to the shooting since Conde was alone at that time and his house is located in an interior part of the barangay. Neighbors admitted that they heard three gunshots but failed to identify the assailant.

Conde’s relatives rushed him to the Daanbantayan District Hospital where he was pronounced dead on arrival by the attending physician. The police said that because of this, the crime scene was already contaminated after residents went inside the house to help Conde. Mandal said this is the reason why they did not bother to call the Scene of the Crime Operatives (SOCO) personnel to check the crime scene.

Mandal said they found three empty shells of 99mm and one slug from an undetermined firearm at the crime scene.

As of this posting, the suspect remains at large. /rcg