Cebu on red alert for #AuringPH 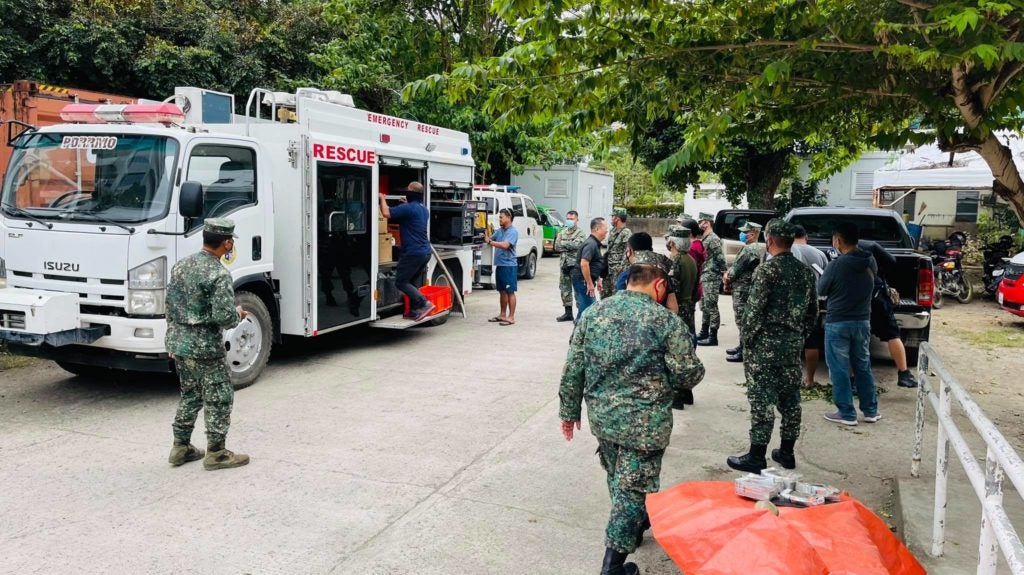 Personnel of the Cebu Provincial Disaster Risk Reduction and Management Office (PDRRMO) prepare to be deployed to strategic areas where they can easily respond to any emergencies in the province. | PDRRMO photo

This means that all emergency and disaster personnel of the local government units (LGUs) are already on-standby to respond to any emergencies especially now that Cebu has been placed under Storm Signal Number 1.

Storm Signal Number 1 is characterized by light to moderate winds moving 30 to 60 kilometers per hour (kph) with very light to no damage to high-risk structures and slight damage for makeshift structures.

In the 11 a.m. advisory of the Philippine Atmospheric Geophysical and Astronomical Sciences Administration (PAGASA), Auring has maintained its strength over the Philippine Sea, east of Mindanao.

On the forecast track, Tropical Storm Auring is forecast to gradually move northwestward in the next 12 hours before accelerating. Its center is forecast to make landfall over the eastern coast of Caraga Region on Sunday afternoon or evening, then cross Visayas and MIMAROPA throughout the remainder of Sunday through Monday.

Auring is more likely to remain as a tropical storm until it makes landfall over Caraga.

However, there is an increasing likelihood that the storm will weaken into a tropical depression before making landfall.

“Nevertheless, this storm will likely weaken considerably due to significant terrain interaction and persistent vertical wind shear during this passage over the archipelago and may reach tropical depression category by Monday,” said Pagasa.

The Cebu City Disaster Risk Reduction Office and Management (CDRRMO) conducted a ceremonial deployment on Friday afternoon to set-up their command post at the City Hall.

CDRRMO head, Ramil Ayuman, said that all heavy equipment and emergency response vehicles were on stand-by around the city ready for deployment.

As for Cebu Province, the Provincial Disaster Risk Reduction and Management Office (PDRRMO), Provincial Health Office (PHO), and Provincial Social Welfare and Development Office (PSWDO) are on duty for 24 hours a day as Auring approaches.

The DRRMOs urge the public to prepare for the upcoming storm by being vigilant especially for residents in landslide-prone or flood-prone areas. /dbs

Read Next
Cebu Province to simplify requirements for domestic tourists