13 Lumads flown back to Mindanao; groups say transport was ‘illegal’ 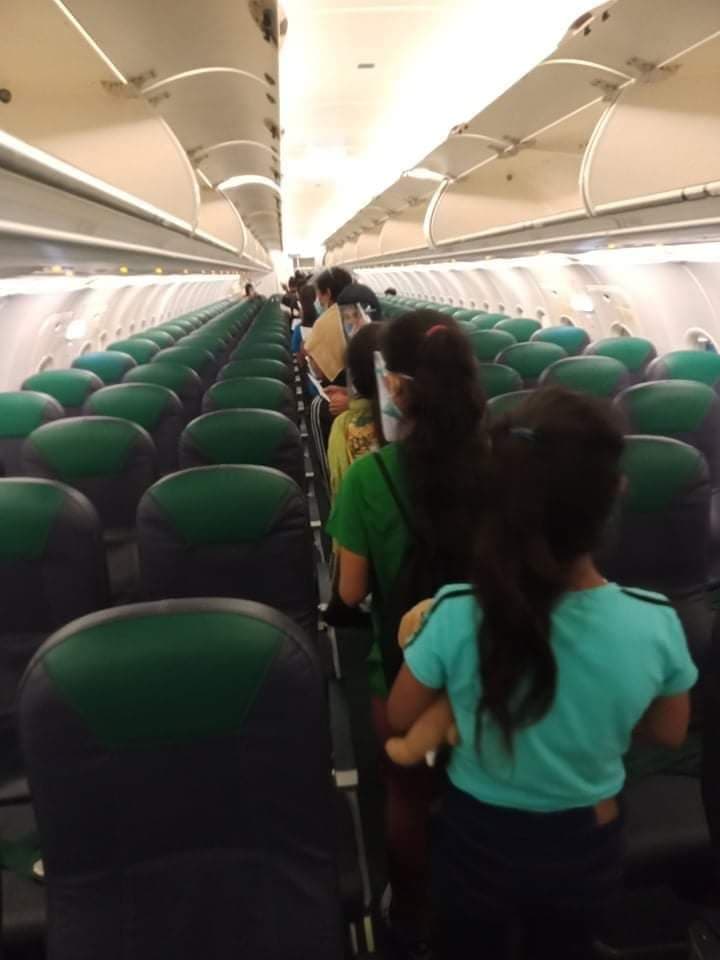 CEBU CITY, Philippines – The 13 Lumad children who were ‘rescued’ by the police were already flown back to their hometown in Davao del Norte on Sunday evening, February 21.

Police Colonel Robert Limbawan, chief of the Regional Intelligence Division of the Police Regional Office in Central Visayas (PRO-7), confirmed to reporters that the Lumad minors arrived at the Francis Bangoy International Airport in Davao City via a Cebu Pacific flight at 7:15 p.m.

He added that the minors were escorted by officers from the Women and Children Protection Center Visayas Field Office and social workers from the Talaingod Municipal Social Welfare Office.

The Save Our Schools Network in Cebu (SOS-Cebu) and the Children’s Legal Bureau (CLB) attempted to bar the flight from proceeding to Davao City after they questioned the legality of the trip.

Lawyer King Anthony Perez, communications and advocacy officer of CLB, said in a statement that authorities failed to secure permission from the parents of seven of the 13 Lumad children who were ferried back to Mindanao.

“The seven Lumad students whose parents sought the assistance of Children’s Legal Bureau (CLB) were transported without consent from their parents and proper coordination by authorities,” Perez said.

“The abovementioned students consist of five minor children and two 18-year-old individuals… While their parents have been informed about this development, we are yet to receive information on the proper turnover of the students,” he added.

Perez said they are now exploring the possibility of taking legal actions after they accused the police of failure to follow established protocols.

“We will also consult with our clients on possible legal actions to be taken after this incident. CLB is closely monitoring the movement of the students involved. The organization will also investigate this matter after authorities failed to follow established protocols,” he said.

Sought for comment, Limbawan denied the recent allegations hurled against them.

(The parents of the seven minors were in Davao. They were waiting for their children to arrive at the airport. They were even carrying tarpaulin to welcome their children who arrived with social workers from Talaingod.)

Still, Limbawan said they are prepared to answer complaints that may be filed by SOS-Cebu and CLB.

At least 26 indigenous people and other adults were escorted outside the premises of the University of San Carlos in Talamban (USC-TC) last February 15 in what eventually turned out to be a controversial police-led “rescue mission.”

Government authorities accused organizers housing the Lumads of using them for militant and leftist activities. They also arrested seven individuals during the operation and filed charges of kidnapping and illegal detention, among others, against them.

But SOS-Cebu and priests from the Society of the Divine Word Philippines (SVD-Philippines) refuted these claims, saying that they were merely supporting the ‘bakwit school’ initiative to help displaced Lumads continue their studies in safer areas.

The groups also said they secured all the necessary documents, including parents’ consent, in transporting the Lumad minors from Mindanao to Cebu. /dcb