In a statement, PNP officer in charge Lt. Gen. Guillermo Eleazar said based on the initial result of its investigation, PLt. Fernando Calabria, Jr. was tasked to come up with a comprehensive report on the activities of communist groups in Calbayog City.

“The pressure of crafting a detailed report apparently took a toll on him and eventually prompted him to commit a serious breach of policy,” Eleazar said. 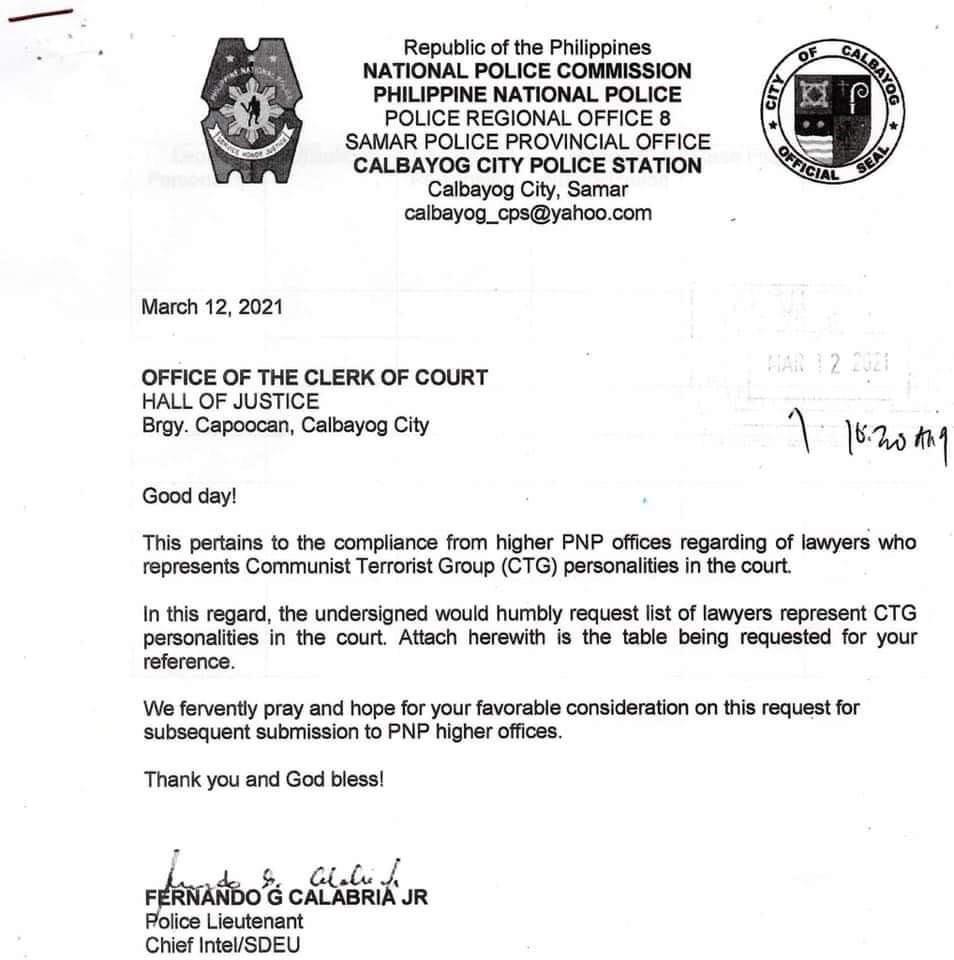 “In view of these initial findings and in consultation with our Chief PNP, PGen. Debold M Sinas, I have already directed the relief of PLt. Calabria as the Chief of the Intelligence Unit of the Calbayog City Police Station,” Eleazar added.

“We are currently checking if there were similar actions in other areas. At the same time, we are investigating to determine up to what level of police hierarchy is involved in this incident.”

In his one-page letter to the Calbayog RTC, Calabria said the Calbayog City police was making the request “in compliance from higher PNP offices regarding lawyers who represent Communist Terrorist Group (CTG) personalities in Court.”

When pressed for confirmation, the Calbayog RTC informed the Supreme Court that the Calbayog City police made such a request “but no action has been made by them on the request.”

Bayan Muna party-list Rep. Carlos Zarate later slammed the request, saying that it is a “clear and present danger to the legal profession.”

Eleazar, meanwhile, later apologized to the members of the legal profession for “this reckless behavior.”

“Our apology comes with an assurance to the judiciary and the members of the legal community that it is not and will never be the policy of the Philippine National Police to run after or even inflict harm on lawyers and members of the judiciary while performing their sworn duty,” he said.