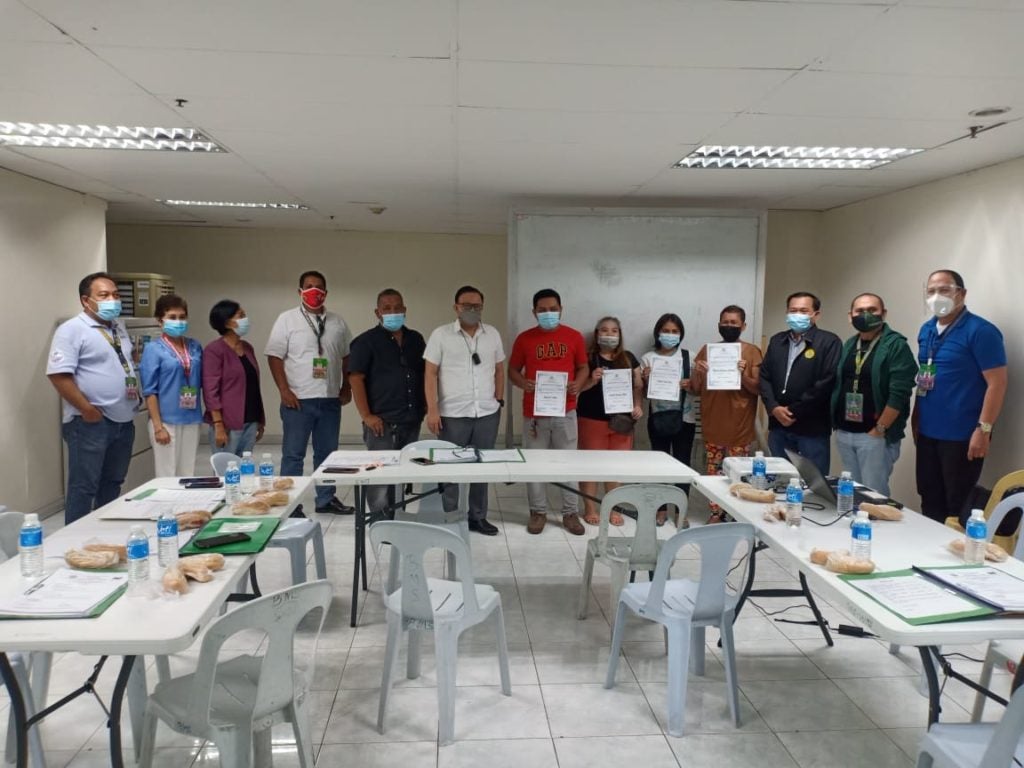 Beneficiaries of the Certificate of Home Lot Allocation from Cebu City. | Photo Courtesy of PIO

CEBU CITY, Philippines — Families who have been long time settlers and living in Cebu City-owned lots in Barangays Lahug, Zapatera, and Luz, will finally get a chance to own the land they live in.

Councilor Raymond Garcia, chairperson of the City Council’s committee on housing, said that these individuals, who were granted the CHLA, were those that have lived in the city-owned lots for a determined period of time.

The lots were promised to them decades ago, but the certificates were finally released this week to all 331 homeowners.

Garcia said that the CHLA was not equivalent to a land title, which as of this time still belonged to the city government.

However, it means that the particular lot allotted to the family can be sold to them, and they can already apply for loans from Pagibig Fund to procure these lots.

(These have long been promised to them. This is a program of the city government to those living in this city-owned lots for a long period of time and eventually the lots will become theirs.)

This would also technically remove them from being informal settlers of the lot and can provide them more economic options for their homes now that they are serving as custodians of the lot.

“We must strive for a squatter-free city. I fully support Mayor Edgar Labella’s determination to provide housing to the landless,” the councilor added.

Nancy Ancajas, one of the recipients, was overwhelmed with gratitude as she received the CHLA.

(I have waited for this. For three years, we have been threatened that we will be asked to leave this place. We are grateful to the Cebu City government that they did not forget us.)

The issuance of the CHLA is only one of the housing projects the city has been targeting to do within Mayor Edgardo Labella’s administration.

The city also plans building tenement housing for the underprivileged residents in Barangay Lorega and other areas to provide socialized housing for them.

However, none of these socialized housing has been completed, and the delay for this was attributed to the ongoing pandemic.