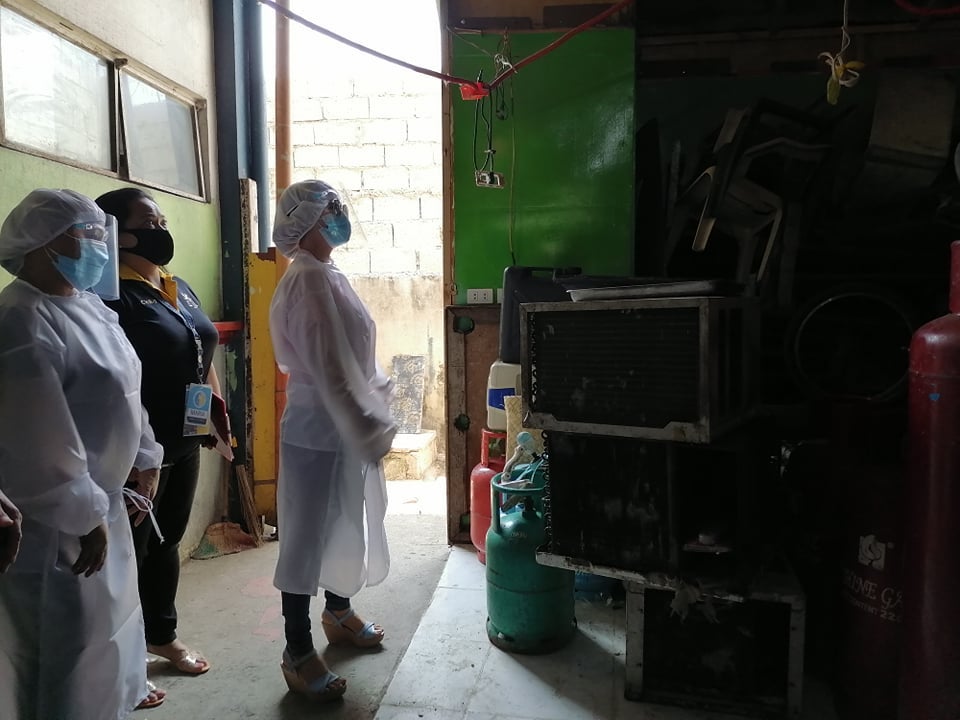 Informants of the Commission on Human Rights in Central Visayas point to investigators the location of the alleged “secret jail” inside the Sawang Calero Police Station on Tuesday, April 6, 2021. CDN Digital photo | Morexette Marie Erram

Investigators from CHR-7 visited the Sawang Calero Police Station on Tuesday, April 6, 2021, to conduct an inspection. They accompanied two complainants who pointed out to investigators the location of the secret jail, where they were held against their will.

“We’re here to validate the claims from the complainants that there is a secret jail inside the police station,” said Leo Villarino, chief investigator of CHR-7.

During their visit, the two female complainants pointed to CHR-7 investigators to a tiled portion of the station which they said was the site of the “secret jail”.

They also pinpointed to several materials present during the inspection that they remembered during their stay there such as a plastic bench with a hole on the middle, electrical wiring encased in a PVC-pipe overhead, a ceiling fan, and a hole in the wall, which they said an air conditioner was once installed.

Reports of a secret jail inside Sawang Calero Police Station surfaced last week after 11 police personnel assigned there were relieved over allegations of extortion and rape filed by a 35-year-old woman.

The station chief, Police Major Eduard Sanchez, was also ordered to temporarily vacate his post to pave the way for an investigation.

Since then, more complainants have come forward to IMEG-Visayas and to CHR-7 to report the same experiences, and that the police there had a room hidden from the public where they were subjected to abuse such as torture.

Villarino said the police in question may face more consequences, on top of the cases filed against them by IMEG Visayas, if they will find concrete evidence to prove the existence of a “secret jail”.

“That’s all we can say for now. But we’re grateful that the police are cooperative,” he added.

The CCPO, on the other hand, said they welcomed CHR-7’s move to probe into the reports.

“We welcome their investigations as this is in line with our advocacy to help cleanse our ranks,” said Police Lieutenant Wilbert Parilla, CCPO deputy director for operations.