CEBU CITY, Philippines — Valve Corporation gave a delightful treat for Esports fans with its latest 7.29 gameplay update for Defense of the Ancients 2 (DOTA 2) after introducing a new exciting hero on its roster.

Valora, the Dawnbreaker, is a melee carry that is durable enough to initiate gank and head-on clashes with her massive warhammer similar to Omniknight’s. 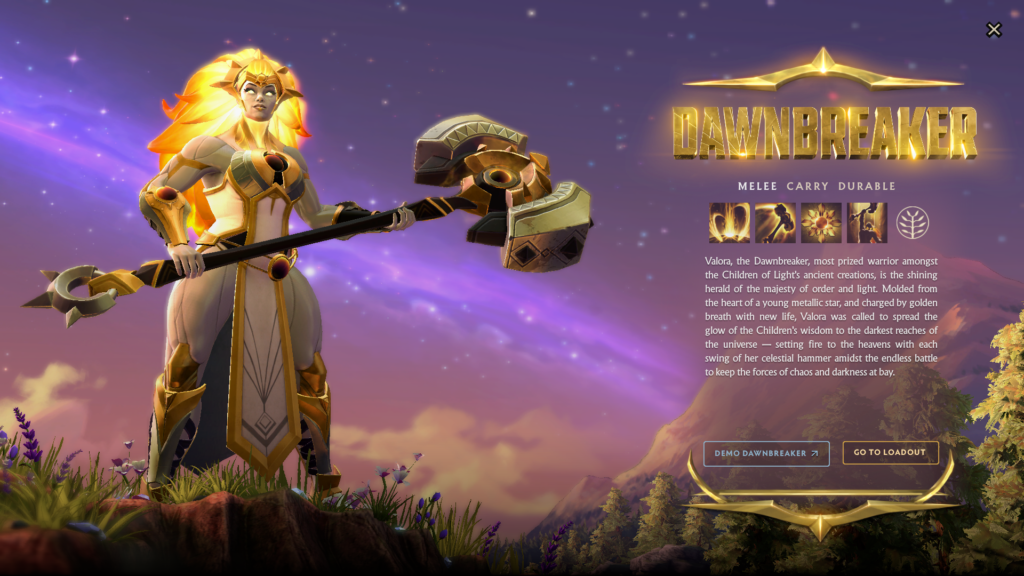 Valora, the Dawnbreaker, is the newest DOTA 2 hero. | DOTA 2 on game screen shot

Dawnbreaker’s skills are Starbreaker, Celestial Hammer, Luminosity while her level 6 skill is the Solar Guardian which is also similar to Omniknight’s level 1 skill, Purification wherein allied heroes get healed at the same time damaging enemies in an Area of Effect (AoE).

Who will take home the coveted shield at the Predator League 2020/21 Grand Final?