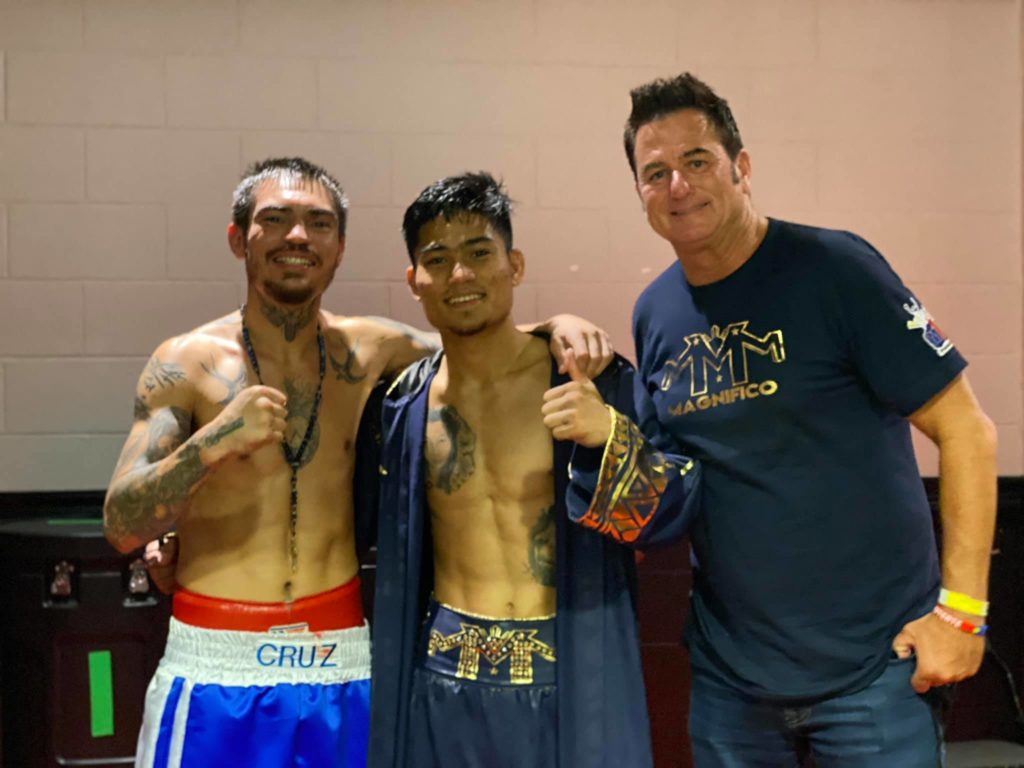 The 25-year old Magsayo, a proud son of Tagbilaran City, Bohol, improved his unbeaten record to 22 wins with 15 knockouts after his win earlier today.

His bout was part of the undercard of Showtime Boxing’s stacked fight card that also featured IBF world junior bantamweight champion Jerwin Ancajas who defended his title against Jonathan Rodriguez via unanimous decision.

Magsayo decked Cruz three times in their fight, first with a stinging jab in the middle of the second round, but Cruz instantly managed to get back on his feet.

Instead of going for the kill, Magsayo, who is currently trained by hall-of-fame boxing trainer Freddie Roach remained patient.

The second knockdown came in the third round when Magsayo unleashed a vicious combination of hooks that sent Cruz down to the canvas.

Magsayo tried to finish the fight, but time ran out.

In the fourth round, he connected a solid right straight that downed Cruz again. Their match’s referee John Callas had enough witnessing the carnage, decided to stop the bout without counting, and awarded a fourth TKO win for Magsayo, who is also the current WBC Asian Boxing Council featherweight champion.

For Magsayo, it was a convincing win after his walking away with a very close split decision victory over Mexican Rigoberto Hermosillo in October 2020 in Los Angeles, California.

Read Next
Fun summer activities that you can do at home