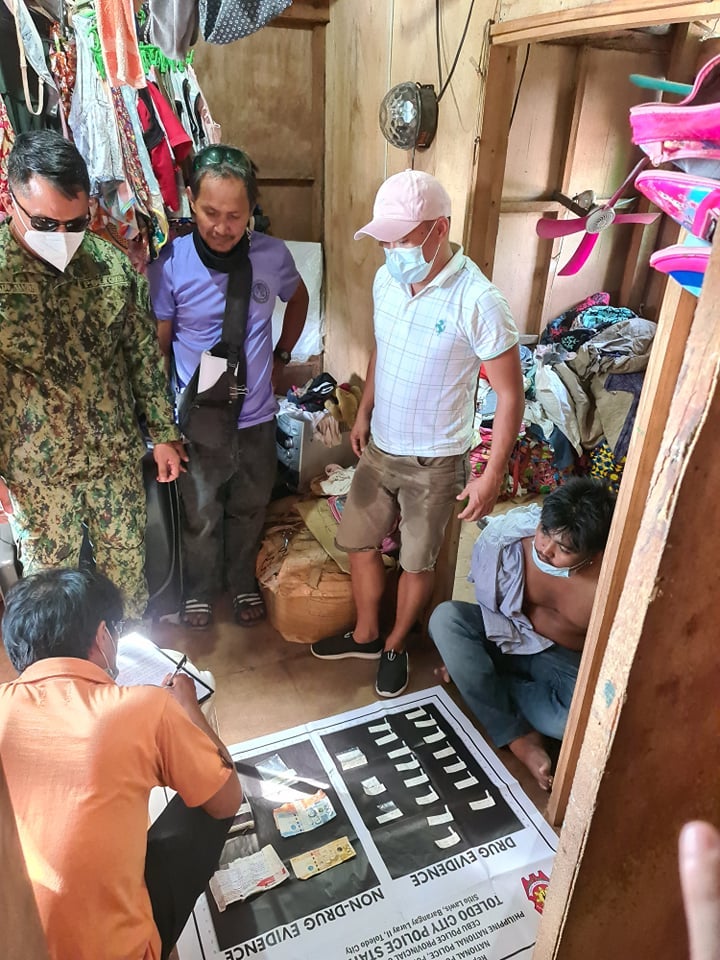 The biggest haul came from the Cordova operation where police confiscated 3 kilos of suspected shabu with an estimated worth of P20.4 million.

Joven Silong, whom police considered as a high value target (HVT), was killed in the buy-bust operation in Barangay Catarman in Cordova town at past 1 a.m.

Silong allegedly pulled out a gun and tried to shoot the undercover policeman, posing as a buyer, during the operation at 1:20 a.m. today, said Police Brigadier General Ronnie Montejo, PRO-7 director, during a press briefing on today, April 12.

Montejo said that Silong died after he was shot three times in the chest by the policemen of the Provincial Intelligence Unit of the Cebu Police Provincial Office (CPPO), who conducted the operation.

Read: Man with 3 kilos of ‘shabu’ killed in buy-bust operation in Cordova town

He said that Silong of Barangay Pasil, Cebu City was on the watch list of the PRO-7 as a high value target (HVT), who could allegedly dispose 5 kilos of suspected shabu in a week.

He also said that Silong’s market was Central Visayas area, but they were also not discounting that his market base had reached Mindanao.

Montejo also said that initial investigation on Silong also showed that he was allegedly a trusted aide of jailed big-time drug personalities, whose source of illegal drugs was in Mindanao.

Silong, who moonlights as a delivery driver, allegedly was their drug courier, who was given the task to deliver these illegal drugs to buyers.

(He is one of the trusted aides of jailed big time drug personalities. This is according to the result of the investigation of Silong by our investigators.)

Montejo said that the undercover policeman was negotiating to buy a kilo of shabu when Silong realized that he was dealing with a policeman.

Silong allegedly pulled out a gun and shot the policeman first, who managed to duck and fire back three times hitting the suspect on the chest.

Montejo also said that the shabu that Silong was selling was low quality considering that the the illegal drugs were bigger in granules and were brownish in color.

He also said that the operation against Silong was conducted after a two-week surveillance on his illegal activities.

The policemen involved in the Cordova operation will be recognized and each be given P50,000 as reward money for their achievement, said Montejo.

He said Police General Debold Sinas, Philippine National Police chief, ordered that these policemen be recognized and given the reward money.

(Police General Debold Sinas has this order that if the police could confiscate a minimum of a kilo of shabu in a drug operation then it would be automatic that these policemen would receive P50,000 each.)

At past 2 p.m. today, in Toledo City, policemen also confiscated 23 grams of suspected shabu from a 29-year-old man, whom police described as a street-level pusher.

The confiscated shabu had an estimated Dangerous Drugs Board value of P156,400.

Read Next
Things I’d remind my younger self