V-hire driver, who saved woman from jumping off bridge, to be recognized 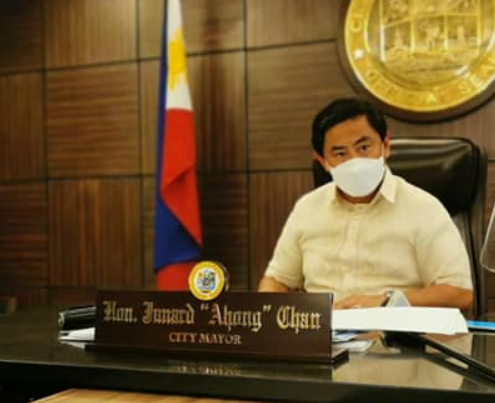 LAPU-LAPU CITY, Philippines- The Lapu-Lapu City government will give recognition to a van-for-hire (V-Hire) driver who rescued a 23-year-old woman who tried to jump off the first Mactan-Mandaue Bridge.

Chan said that he considered Ritchie Amado, V-Hire driver, as a modern-day hero after he saved the woman without any hesitation.

(How she saved that woman. So we will meet with Ritchie, probably by tomorrow, because of his availability. I will give him his recognition tomorrow.)

The woman, who tried to take her life, is now under the care and custody of the City Social Welfare and Development Office (CSWDO).

Chan also found out that the woman had family trouble and problems at work, which prompted her to do what she did.

The mayor added that Amado’s heroism also happened during the country’s commemoration of the “Araw ng Kagitingan.”

(This happened during the Araw ng Kagitingan, so the timing was perfect. What a coincidence that this also happened.)

Quincentennial bonus not a priority, but COVID situation is — Chan

Number of COVID cases in Lapu-Lapu drops to 882

Read Next
Quincentennial bonus not a priority, but COVID situation is — Chan