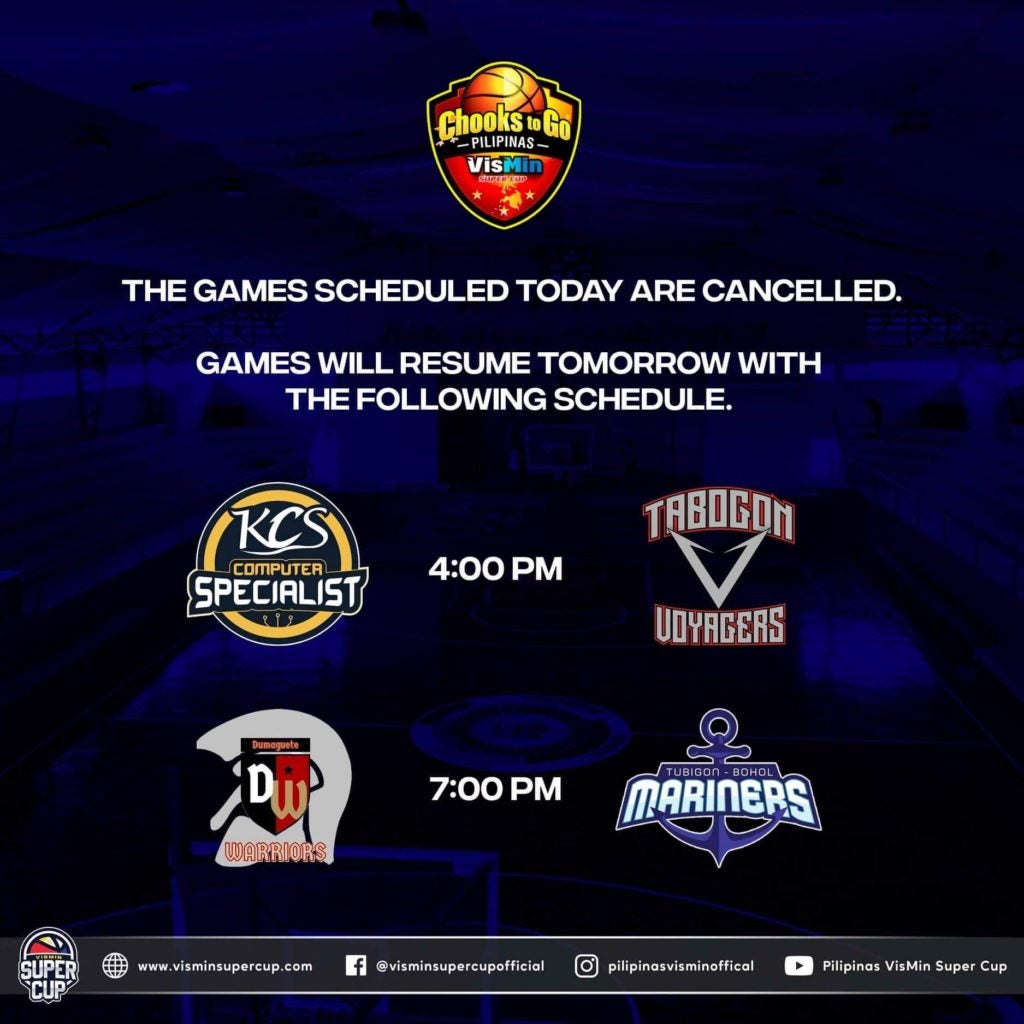 CEBU CITY, Philippines—Pending the resolution on the issues surrounding the the controversial game between the ARQ Builders—Lapu Lapu City Heroes and the Siquijor Mystics in the Pilipinas VisMin Super Cup, the management of the league decided to postpone the scheduled games on Thursday, April 15, 2021.

Thursday’s schedule featured a game between KCS Computer Specialist-Mandaue and the Tabogon Voyagers, MJAS Zenith-Talisay and Siquijor, and Tubigon Bohol and Dumaguete.

However, league secretary-general Chelito Caro and the technical team of the league have deemed to postpone the day’s scheduled affairs as it is still in the process of resolving the controversial game that happened last Wednesday.

Allegations of game-fixing were raised on the game pitting the Heroes and the Mystics that saw numerous questionable moments before it was stopped at halftime with a score of 27-13 in favor of Lapu-Lapu.

A power interruption that led to the internet in the venue only returning during the midway point of the opening quarter of Wednesday’s second game was the reason given by the league for the stoppage.

The Games and Amusements Board (GAB) are also tackling the matter as of this posting.

An announcement is set to be made by Chief Operating Officer Rocky Chan regarding their verdict on its investigation at 12 noon.

The league assured that the games will continue on Friday, April 16.