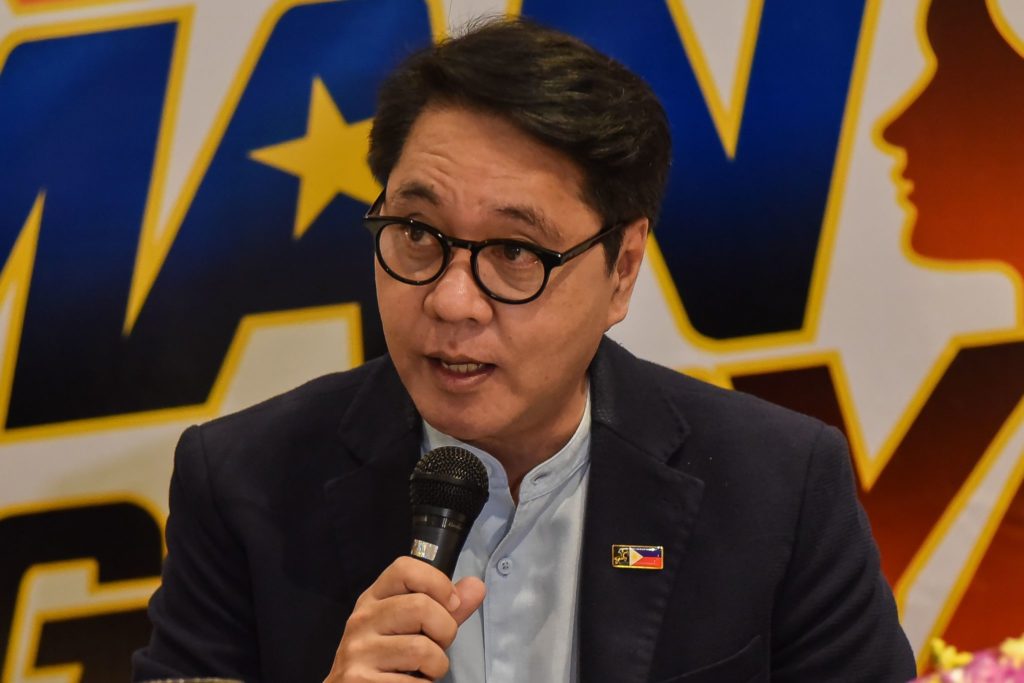 CEBU CITY, Philippines—The title sponsor of the ongoing Pilipinas VisMin Super Cup, Chooks-to-Go, headed by its president Ronald Mascariñas, appealed to the Games and Amusements Board (GAB) to reconsider its decision to suspend the Mindanao leg.

Mascariñas, a renowned sports patron, released a statement on Monday afternoon, April 19, 2021, saying that by suspending the Mindanao leg, the country’s sports regulatory agency virtually made a presumption that teams in the Mindanao leg are guilty of wrongdoings that were done elsewhere.

Mascariñas already released a statement last week, condemning the controversial game between the Siquijor Mystics and the ARQ Builders Lapu-Lapu City Heroes in the Visayas leg that rocked the Philippine basketball community.

Here is Chooks-to-Go’s full statement regarding the matter:

“The Games and Amusement Board (GAB) is right in acting strongly, and swiftly, against the painfully laughable lack of professionalism on display in the basketball match between the Siquijor Mystics and Lapu Lapu Heroes last April 14, during the Visayas leg of the VisMin Super Cup.

However, its decision to suspend the entire Mindanao leg pending ‘further observation of the ongoing games in Visayas,’ as reported by the media, is not just simply going overboard; it is going berserk.

The Mindanao leg, composed of different sets of management teams and players, and different sets of games, has not even started yet. The only way to justify such better-safe-than-sorry preemptive action is to suspect the entire Mindanao leg of serious copycat tendencies, or worst, possible agreement to commit the same April 14 infamy.

In law and ordinary logic, the only way to attribute an act of one as an act of all is to prove conspiracy – a meeting of the minds to commit a wrong. GAB did not even bother to offer any ground acceptable to a reasonable mind exercising ordinary judgment as remotely sufficient to justify its action.

It beggars belief that GAB could be acting, in this case, out of an abundance of caution, because the Visayas leg, where the shocking parody of professionalism in basketball was played, was not even suspended at all. It was allowed to go on, ostensibly, under ‘further observation.’

If wrongful acts committed in a single match in Cebu, and not by any means attributable to all the teams playing in the Visayas leg, did not stop the games there, by what contorted stretch of logic or the imagination did it justify the wholesale suspension of the games in Mindanao?

The investigations in Cebu, plain enough for ordinary fans to see, have not even been completed yet.

Despite our own biases, there is time-honored wisdom in the principle that the accused is presumed innocent until proven guilty.

By suspending the Mindanao leg, the GAB went all over itself by introducing, in effect, a novel double presumption – that teams there are presumed to be presumed guilty of wrongful tendencies for acts committed elsewhere, and by strangers. It is as if the time-honored presumption of innocence, and the basic elements of due process, and finding probable cause, or basic logic, are mere logical, legal, or ethical niceties it can fully dispense with, anytime.

Justice is not justice if it punishes the innocent with the guilty, however temporarily. Players are being deprived of livelihoods and fans of a boost to morales.  In these difficult times, these may never be fully recovered, if at all.

Worst, and even more profound, by suspending the Mindanao leg wholely, it allows the right to be held hostage by wrong, the many who are innocent, to be hijacked by the few.

The enduring appeal of sports is in its purity – that everyone is expected to give their best, in every game. The history of sports, like the story of justice, is fraught with human frailty, and that is exactly why it inspires the human spirit to struggle to be better. However imperfect, we cannot selectively strive for purity in one without peril to the other, or both.

This is why severe sanctions, such as suspensions, fines, lifetime bans, and even imprisonment, are imposed on those guilty of sports shenanigans, like game-fixing and the many forms of unprofessional conduct, by sports bodies and governments all over the world.

The purpose of justice in sports is to protect the love of the game, our players, our fans, and our patrons. Ultimately, because of its powerful impact, for good or ill, on the moral fiber of society, it is to protect ourselves.

This cannot be served by curing a wrong with another wrong, especially when it is a bigger wrong.

GAB is currently doing a separate investigation to try to find the truth behind the botched game between two teams that resulted to the perpetual banning of the Mystics and multiple suspensions and fines on  the Heroes.