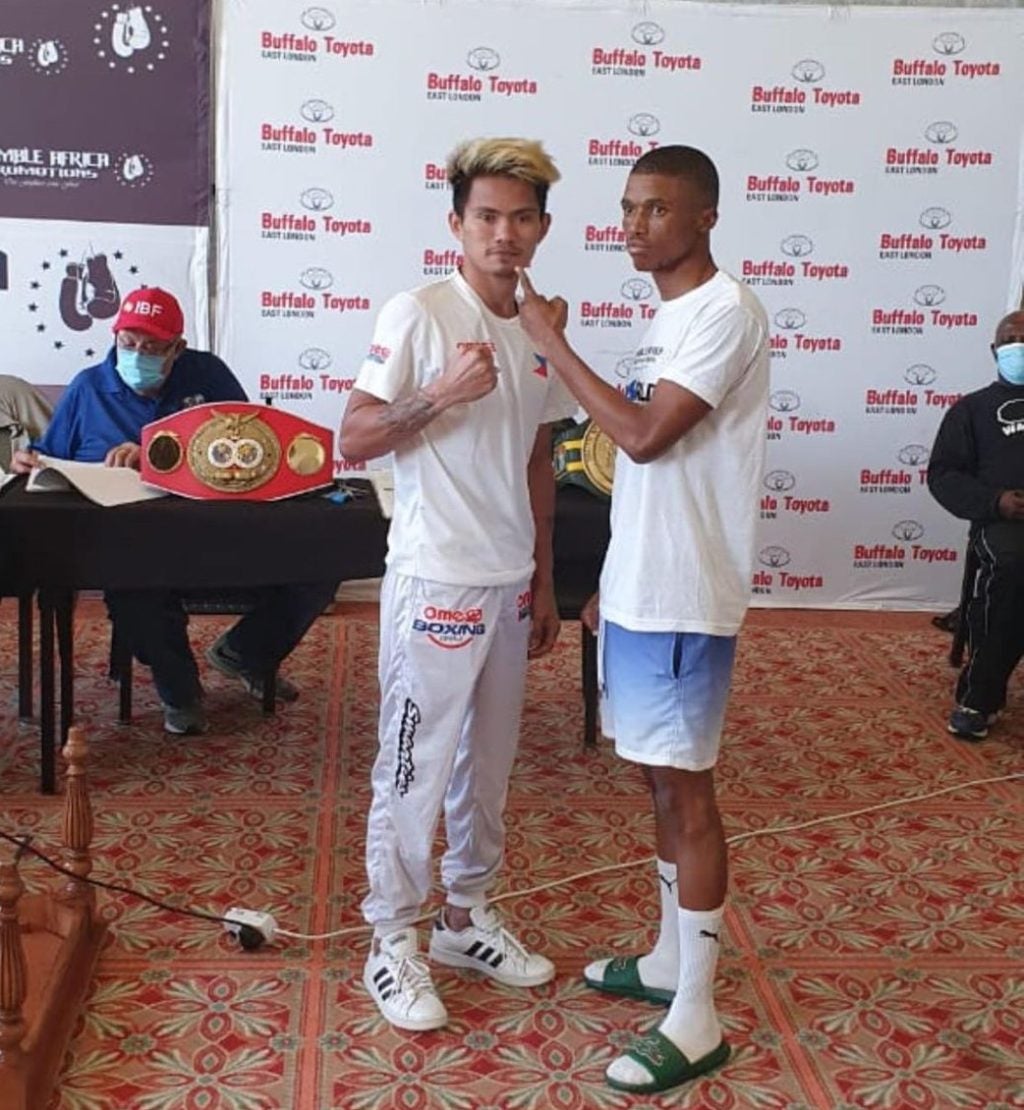 Christian Araneta (left) poses with his opponent, Sevinathi Nontshinga after they both passed the official weigh-in for their world title eliminator bout tomorrow, April 25, in South Africa. | Photo from Julius Erving Junco via Glendale Rosal

CEBU CITY, Philippines— The pride of Borbon town in northern Cebu, Christian “The Bomb” Araneta, believes he has got what it takes to knock out South African Sevinathi Nontshinga in their world title eliminator duel tomorrow, April 25, 2021 in Gqeberha (formerly Port Elizabeth), Eastern Cape, South Africa.

In an interview with CDN Digital, the 25-year old knockout artist from Omega Boxing Gym here in Cebu expects that their fight will not go the distance considering both he and Nontshinga have a high knockout percentage in their resume.

(The way I look at it there is someone who will be knocked out. Just in the weigh in, we already butted our heads. He is taller than I am. My chance of winning is to knock him out because if it will go the distance, then that will put us in a tight spot.) 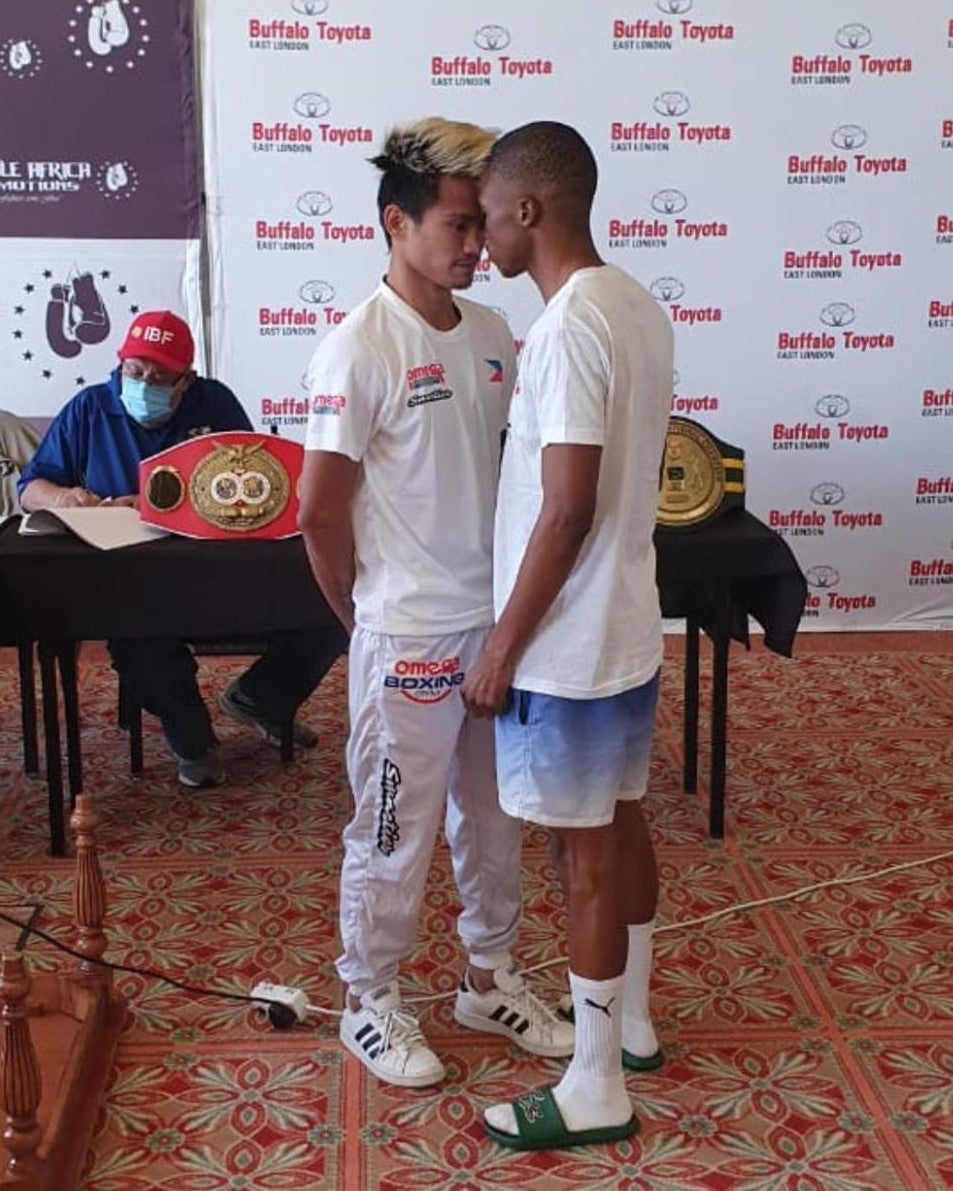 Christian Araneta (left) butts heads with his opponent, Sevinathi Nontshinga after they both passed the official weigh-in for their world title eliminator bout tomorrow, April 25, in South Africa. | Photo from Julius Erving Junco via Glendale Rosal

Araneta said that he would need to knockout Nontshinga instead of letting the fight go the distance and be decided by the score cards, considering South Africa is well-known to favor their boxers via hometown decisions.

Also, Araneta assured everyone that he was not affected with Nontshinga’s antics and trash talking.

(I am not affected. That will be seen in the fight tomorrow.)

Both Araneta and Nontshinga stepped on the weighing scales at 48kg or 105lbs to schedule their world title eliminator bout. The winning boxer earns a world title shot against the reigning IBF world light flyweight champion Felix Alvarado of Nicaragua.

(To those who support me in the Philippines, I hope you will keep on supporting me here. Thank you to all of you and this win will be for all of you.)

Read Next
You did it, Berta!