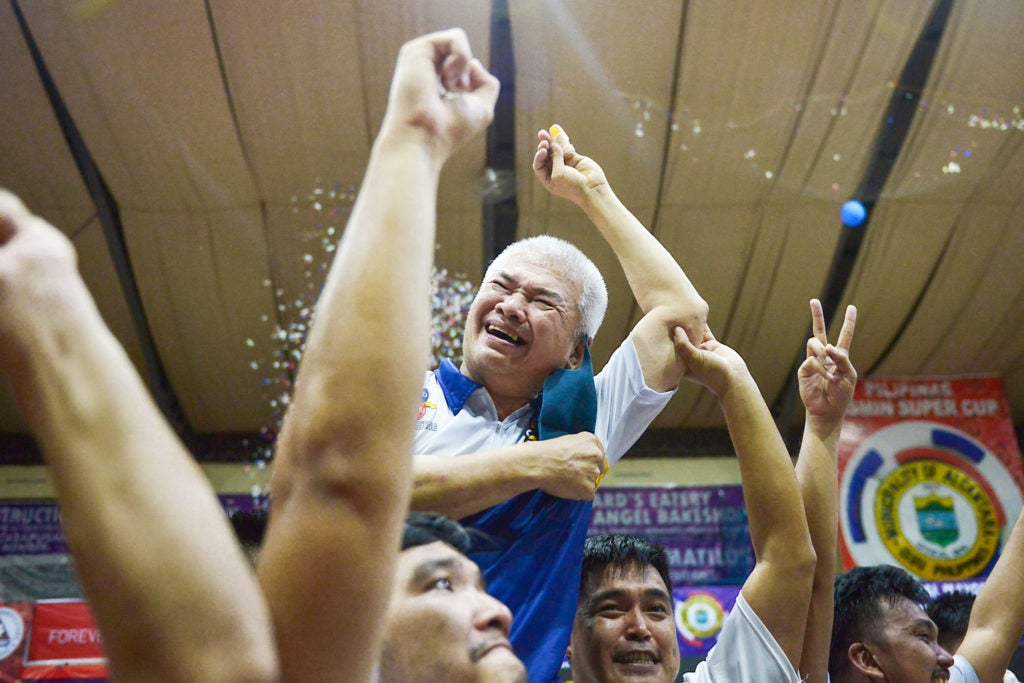 The Specialists bagged the Visayas title of the tournament by defeating the MJAS Zenith Talisay Aquastars on Sunday, May 9, 2021, in the deciding Game 3 of the Finals held at the Alcantara Civic Center in Alcantara town, southwestern Cebu.

As the team waits for the champions of the Mindanao leg that kicks off on May 20, 2021 in Dipolog City, team ower Ricky Verdida and head coach Mike Reyes are already busy planning for the team, especially on how to convince finals MVP Ping Exciminiano and mythical five member Gryann Mendoza to stay.

Verdida, in an interview with CDN Digital, said that his team’s best direction to win the grand finals later this year is to keep all their players in tact.

“We will [keep] the entire team roster as per coach Mike (Reyes) said, it will be very difficult to adjust if we change the lineup. We have one-and-a-half months to prepare for grand finals. Even that isn’t enough,” said Verdida.

They are expecting to start their training camp on June 1, probably in Cebu City.

One of those who are uncertain to return for the grand finals is the league’s finals MVP, Ping Exciminiano, who originally signed with PBA’s TNT Tropang Giga.

The 32-year-old defensive specialist out of Olongapo City averaged 13.0 points, 6.0 assists, and 3.0 steals in the three-game Finals series.

Exciminiano signed a one-year Unified Player Contract (UPC) with the Tropang Giga, which provided him the freedom to compete in another league as long as he gets permission from TNT.

Gryann Mendoza, part of the Mythical Five of the league, is also part of the Tropang Giga’s roster.

With that in mind, Verdida and Reyes will try to negotiate with the TNT Tropang Giga to let Mendoza and Exciminiano play for them in the grand finals, given the PBA will not start its season anytime soon.

“Right now, they’re all going home first. We will resume training on June 1. That’s when we’ll talk about the plans for the team,” said Reyes.

“For Ping and Gryann, we don’t know about their future in the PBA yet. We will talk with TNT. We don’t really know yet if they can join us in the grand finals.”

They have one reserve player in JR Ongteco, who backed out before the Visayas leg started back in April to avoid repercussions from the MPBL. Ongteco played for Bicol last season.

When asked who they are expecting to face in the grand finals in August, Reyes said that most of the nine teams set to compete in the Mindanao leg are stacked with strong lineups, which makes it hard to pick who will win.

Read more: Against all odds, Verdida builds a champion team