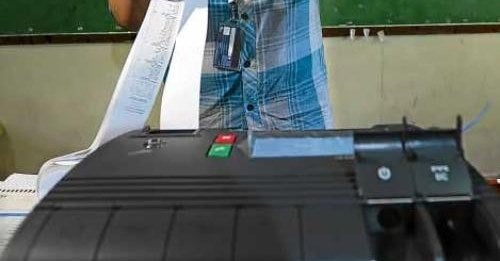 Smartmatic will remain the country’s automated elections system provider for the May 9, 2022, general elections.

The Commission on Elections (Comelec) announced it has awarded to the joint venture of Smartmatic USA Corp. and local partner SMMT-TMI 2016 (Smartmatic Philippines) the P402.7-million contract to provide the elections software to be used in next year’s presidential, national and local elections.

Smartmatic tendered a bid of P402.7 million to provide the software for the election management system, vote-counting machines, and the consolidation and canvassing system.

The company has been Comelec’s provider of technology and vote-counting machines since the Philippines started automated elections in 2010.

Meanwhile, the Comelec indicated that the May 9, 2022, elections would remain a one-day event although voting hours will likely be extended.

“So it is almost sure that voting hours will be extended. The eight-hour voting is no longer applicable. Chances are, it would be a one-day election but with an extended [voting] period of probably two to three hours,” Comelec Commissioner Antonio Kho said.

Seeing that the possible extension of voting hours during next year’s national and local elections may affect the welfare of public school teachers, the Department of Education (DepEd) gave assurance that the agency was in constant communication with the Comelec to recommend changes in policies and honorarium increases.

One of the changes that the DepEd was proposing to implement, according to Undersecretary Alain Pascua, was a two-shift system among teachers volunteering as poll workers to lessen their work hours at precincts.

“There is a possibility that voting time will be extended, and we are working with the Comelec to provide solutions for this. We are considering limiting their shifts to eight hours so that they can properly perform their duties,” Pascua said at a televised public briefing on Tuesday. INQ

Read Next
Massacre in Cebu