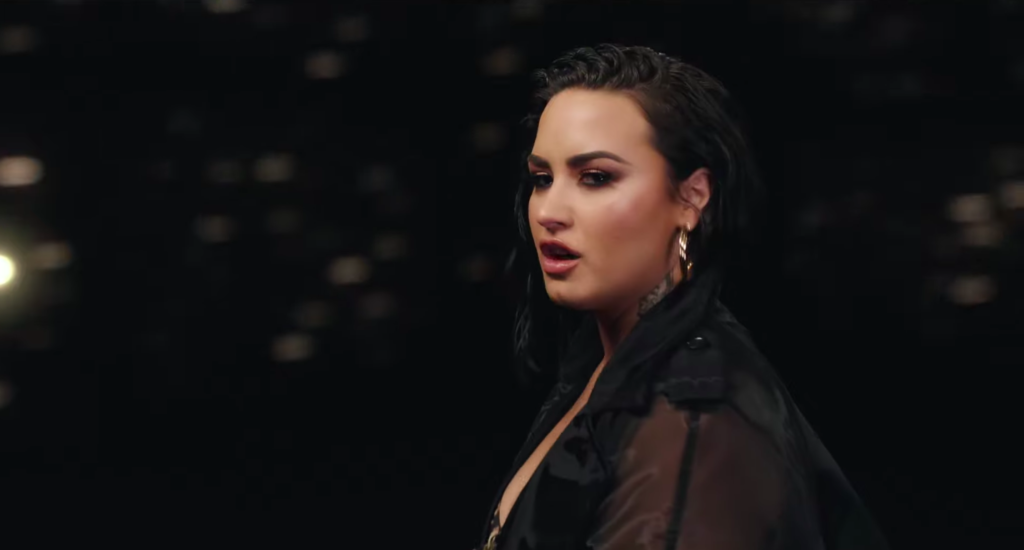 Demi Lovato in the music video for her single “Commander in Chief.” Image: YouTube/Demi Lovato

Demi Lovato now identifies as non-binary, and attributed their 2018 drugs overdose to years of suppressing their real self in order to please the entertainment industry, the American pop singer said on Wednesday.

Lovato, 28, said on Twitter that the decision to use the pronouns they/them had come after “a lot of healing [and] self-reflective work.”

“Today is a day I’m so happy to share more of my life with you all – I am proud to let you know that I identify as non-binary [and] will officially be changing my pronouns to they/them moving forward,” Lovato said.

The “Sorry Not Sorry” singer, a former Disney Channel child star, spoke about their decision in a new podcast, “4D with Demi Lovato,” that was launched on Wednesday.

“In 2018 when I overdosed, I feel like the reason why that happened was because I was ignoring my truth, and I was suppressing who I really am in order to please stylists, or team members, or this or that, or even fans that wanted me to be the sexy, feminine pop star in the, in the leotard and look a certain way, you know?,” Lovato said.

“I thought that was what I was supposed to be and now I just realize that it’s so much more important to live your truth than to ever suppress yourself because that’s the type of stuff that happens when you do,” they added.

Lovato, who has some 104 million followers on Instagram, was briefly engaged to actor Max Ehrich last year. Lovato said later that the engagement was an attempt to “prove to the world that I’m ok.”

Lovato’s podcast follows a tell-all documentary earlier this year in which the singer spoke in detail about their long addiction to drugs and other mental health issues.

The singer said they had three strokes and a heart attack when they were hospitalized for an overdose in 2018 and was also left with some brain damage.

The LGBTQ advocacy group GLAAD on Wednesday welcomed Lovato’s announcement, saying it would “educate countless people around the world and reach other non-binary people with a message of pride.” IB/JB