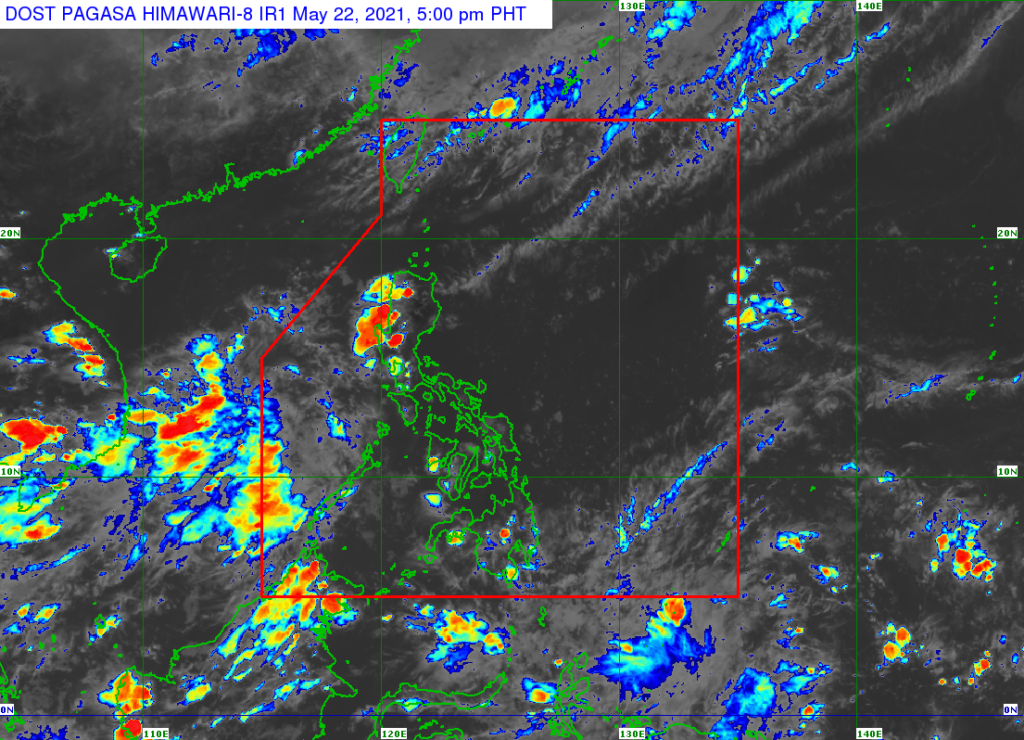 MANILA, Philippines — Mindanao, and the Visayas may not expect rain as the intertropical convergence zone (ITCZ) weakens, bringing fewer clouds to the said areas, the state weather bureau said.

Reports from the Philippine Atmospheric, Geophysical and Astronomical Services Administration (Pagasa) on Saturday afternoon also showed that the weakening of the ITCZ is an indication that the easterlies, or the warm winds from the Pacific Ocean, will be the prevalent weather system.

Pagasa satellite images also show that the cloud clusters brought by the ITCZ have thinned out, giving way to clearer skies starting Saturday.

The same images however also showed clouds forming over the West Philippine Sea, which is an indication of the looming habagat season or the southwest monsoon that will bring rain over the archipelago.

According to weather specialist Raymond Ordinario, there is a possibility that the habagat or rainy season will be declared in the coming weeks.

(We can see through this satellite imagery that the cloud clusters affecting Visayas and Mindanao have thinned out, which means the ITCZ’s effects have weakened.  This is why the prevalent weather system across a huge part of the country are hot winds or the easterlies.)

(Also, we have recently monitored the formation of clouds over the West Philippine Sea, which means that the habagat’s effects may be nearing the country, and it is possible that in the coming weeks we would declare the start of the rainy season.)