Bodies of ‘guerrillas’ killed in Bohol transported back to families 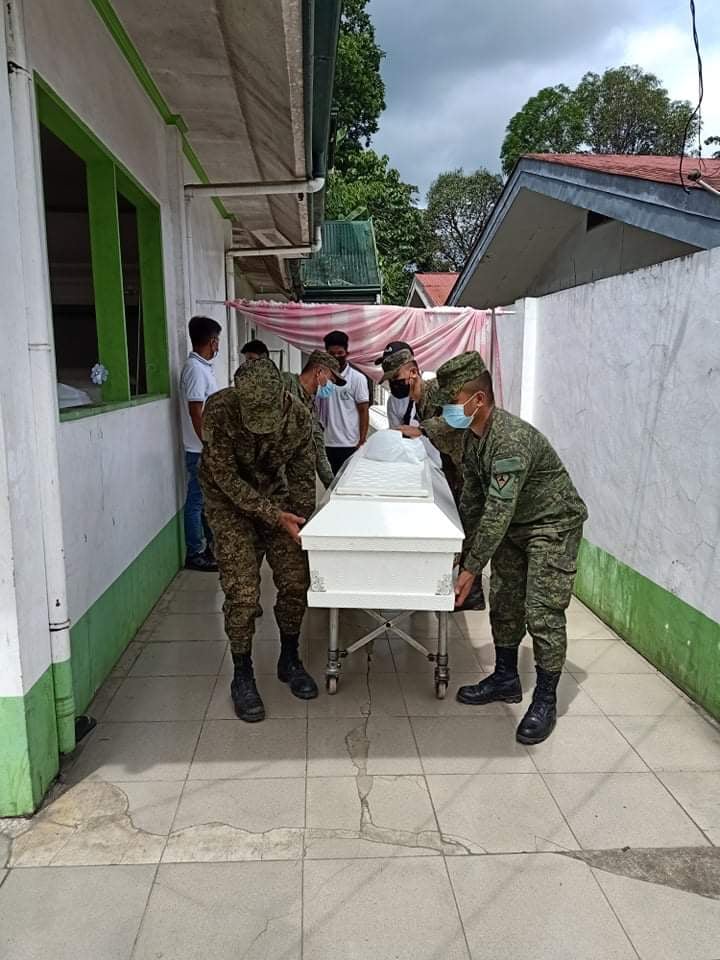 The bodies of the alleged communist guerrillas who died after a firefight with soldiers of the Philippine Army in Bilar, Bohol on Tuesday, May 25, 2021, were transported to their respective families on Wednesday, May 26. The Armed Forces of the Philippines have also released the verified identities of the casualties. | Photos from AFP- CentComm

CEBU CITY, Philippines – The bodies of the alleged members of communist-terrorist groups slain after a firefight with soldiers in Bohol last Tuesday, May 25, 2021, are now being transported back to their families.

The 47th Infantry Battalion of the Armed Forces of the Philippines (AFP), in a press statement issued on Wednesday, May 26, also released the names of the casualties. They were identified as Joseph Bautista (alias Bryan), 33; Romeo Nabas (alias Marlon), 54; Marvin Terig (alias Chris), 22; Junrey Bucar (alias Justin); and Edionela Nuera (alias Mia), 18.

“After the encounter, the 47th Infantry (Katapatan) Battalion immediately took the corpses to the Funeral Home in Sagbayan so that they will be given a decent and proper arrangement of burial before being given to the family,” portions of the press release read.

“The concerned Local Government Units were also informed for immediate assistance they can provide to the bereaved family,” it added.

Soldiers and suspected rebels from the New People’s Army (NPA) engaged in a two-hour gunfight in Bilar town, Bohol early Tuesday morning, May 25.

Following the incident, the army announced it will be closely monitoring Bohol for any personalities or groups that will attempt to revive the presence of armed rebels in the province.

Bohol was declared insurgent-free in 2009.