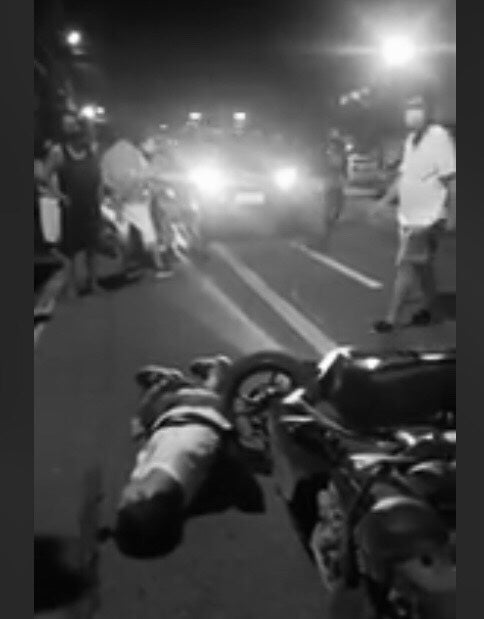 A hit-and-run victim lies on the road while waiting for assistance to arrive.

CEBU CITY, Philippines — Pardo police have confirmed that the two individuals involved in a reported hit and run incident past 12 midnight today, May 29, have agreed to a settlement a few hours after the suspect surrendered to authorities.

Pardo police chief  Caesar Acompanado said that the owner of the vehicle went to the Pardo Police Station to request a settlement with the victim.

The two have agreed to an amicable settlement. Acompanado added that the owner of the vehicle said that he will shoulder the medical expenses of the victim since the latter is still undergoing treatment as of this posting.

According to the police, at past 12 midnight today, May 29, the victim Ace Pesaña, 40, was driving his motorcycle in the same lane where Jerry Alfetche, 35, was also traversing. Both are heading to Cebu City.

Police said the two drivers were driving at the allowed speed and were not intoxicated. However, Alfetche reportedly miscalculated his distance from Pesaña and he accidentally sideswiped the latter.

Acompanado said that Pesaña only sustained minor injuries from the accident. He was immediately responded to by the city’s emergency response team.

Acompanado added that Alfetche only fled from the accident area for fear of being mobbed and hurt. He added that it was never Alfetche’s intention to escape.