Signal No. 1 up in north Cebu due to #Dante 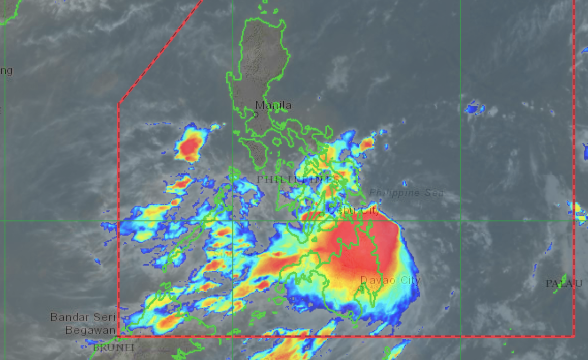 The Severe Weather Bulletin issued by the Philippine Atmospheric Geophysical and Astronomical Services Administration (Pagasa) at 8 a.m. on Tuesday, placed the towns of Catmon, Sogod, Borbon, Tabogon, Bogo City, Medellin, Daanbantayan, San Remigio, Tabuelan, and the islands of Camotes and Bantayan under Storm Signal No. 1

This means that strong winds with strengths ranging between 30 to 60 kilometers per hour (kph) are expected in these areas within 36 hours.

With Storm Signal No. 1 up in these localities, Pagasa also advised mariners to take precautionary measures.

The Coast Guard Substation in Camotes Islands, in a separate advisory, also announced on Tuesday morning a temporary suspension of voyages for all types of sea vessels due to Dante.

It packs winds of up to 75 kph and gustiness reaching up to 90 kph while moving in a northwestward direction at a speed of 20 kph.

It is expected to make landfall over Eastern Samar on Tuesday evening or Wednesday morning, June 2, Pagasa said.

Below are the areas covered by Pagasa’s storm signals.

Read Next
Clemency for delisted seafarers