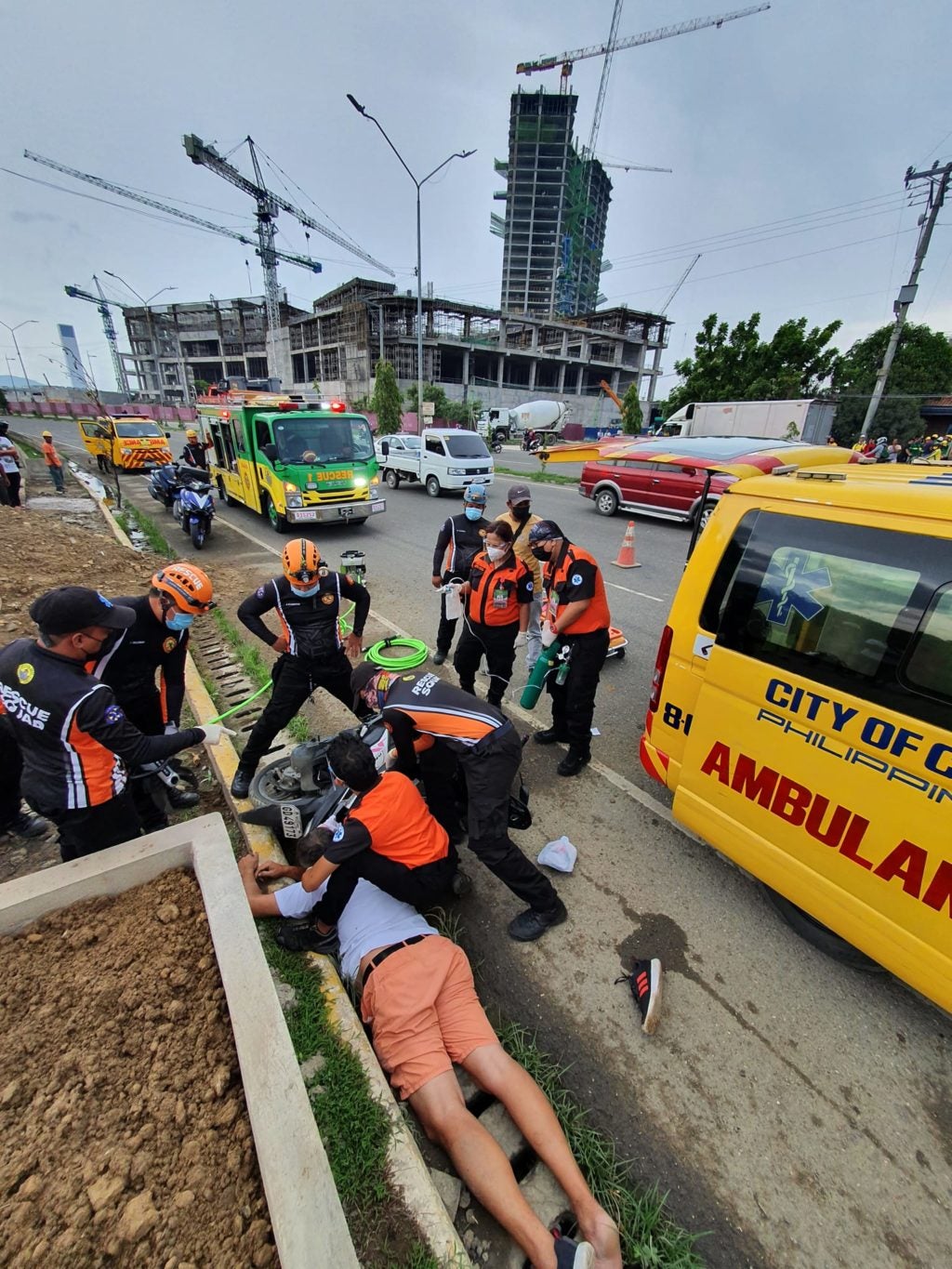 Medical responders attend to a motorcycle rider who figured in an accident at the Cebu South Coastal Road in Cebu City Disaster on Tuesday morning, June 1, 2021. | Photo from CCDRRMO

CEBU CITY, Philippines — A 55-year-old man died after he figured in an accident while driving his motorcycle along the southbound lane of the Cebu South Coastal Road (CSCR) at the South Road Properties (SRP) here at around 7 a.m. on Tuesday, June 1, 2021.

Ayuman said that the victim died upon arrival in a hospital in Cebu City.

Based on the accounts of the victim’s daughter, Ayuman said the victim was on his way home after bringing his wife to work in Lapu-Lapu City.

According to Ayuman, Serrano may have lost control of the motorbike due to the slippery road and loose sand at the side of the road. He added that the victim was wearing a half-face helmet at that time of the accident.

Ayuman said the victim was still conscious when emergency responders from the CCDRRMO arrived in the area. He was immediately brought to the Cebu City Medical Center but was pronounced dead there by an attending physician.

The victim sustained severe wounds on his head that caused heavy bleeding after he allegedly hit his head on the motorcycle’s handle bar.

With this, Ayuman is reminding the public to be extra cautious when traveling, especially at the CSCR, to avoid accidents like this.