Labella warns of another liquor ban if establishments don’t behave 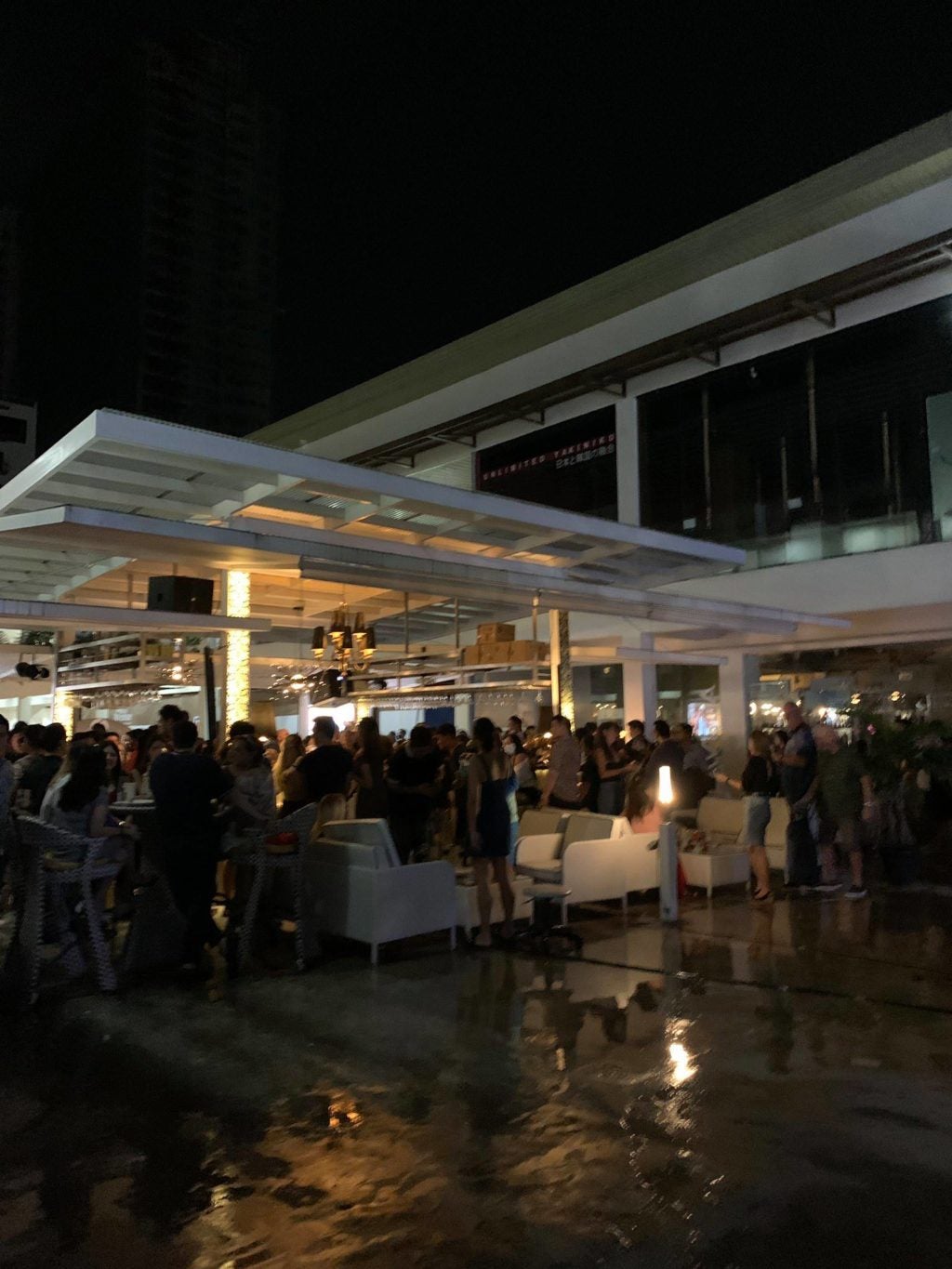 The Cebu City BPLO has issued a show-cause order against the owner of a bar located in Barangay Kasambagan which failed to practice social distancing and disregarded health protocols on Saturday, June 5. | Contributed photo

CEBU CITY, Philippines — Cebu City Mayor Edgardo Labella said that if more alcohol-serving establishments violate the social distancing protocols or any health protocols for that matter, the city government may have to reimpose a liquor ban.

This he said after a resto-bar in Barangay Kasambagan was caught allegedly violating the social distancing protocol on Saturday evening, and was issued show-cause orders because of such violation.

“If padayon gihapon, the possibility of a liquor ban is not remote. Pero sa tan-aw nato ang nahitabo didto sa Kasambagan is an isolated case. I have instructed the Police Colonel (Josefino) Ligan to be relentless,” said the mayor in a press conference on June 8, 2021.

The mayor said he has also instructed the Business Permit and Licensing Office (BPLO) to investigate whether the bar has violated other health protocols including the wearing of masks.

While under investigation, the bar can still operate, but Labella warns that if they commit another violation, they may lose not only their liquor permit but also their business permit.

“The consequence is that we will cancel their liquor permit, and if it’s really grave we will close their establishment if there is a rampant violation in spite of the fact that they are given the opportunity to correct and to comply. If they insist, then the city will close them,” said the mayor.

The mayor warns the establishments that if they do not behave and continue to violate protocols, he will have to impose a liquor ban again even if he does not want to do so.

BPLO head, Lawyer Jared Limquiaco, said in a phone conference that the resto-bar has already provided their explanation for the incident and they will be releasing a decision soon.

Whether the resto-bar is deemed responsible for the mass gathering and other violations, Limquiaco said this will be deliberated today and a warning may be issued if they are really found to have violated the protocol.

In earlier statements, the Cebu City Police Office (CCPO) has already requested the BPLO to reduce the capacity of the bar since the police believed the resto-bar management could not handle the current capacity.

If they get a warning, the resto-bar will be the fifth establishment in the city to have been warned for violating health protocols.

As of now, six establishments were caught violating health protocols, four of which were issued a warning while one was able to provide a legitimate reason.

The resto-bar in Barangay Kasambagan would be the sixth establishment issued a show-cause order and now facing possible warning.

Limquiaco said that the statement of the mayor should serve as a warning to more than 200 establishments that the city has issued liquor permits to.

He said that as of now, there is no danger of imposing a liquor ban because only six have violated protocols out of the 200 establishments.

However, if the establishments refuse to heed health protocols, the city government may not have much choice but to impose a liquor ban again.