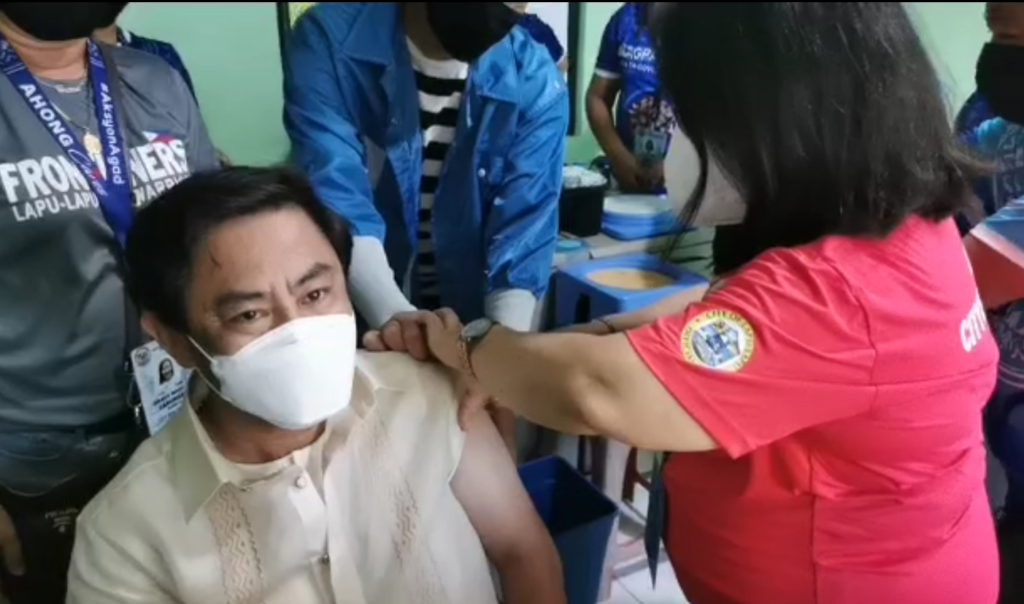 This after the mayor received the second dose of the vaccine, which was administered at the Sta. Rosa Community Hospital in barangay Sta. Rosa, Olango Island.

Dr. Agnes Realiza, head of the Lapu-Lapu City Health Department (LCHD), has personally administered the second dose of the vaccine to Chan this afternoon.

Chan chooses to get vaccinated for the second dose in Olango Island, to set an example and to urge residents there to participate in the government’s vaccination drive.

Chan, earlier revealed that the island has a low turnout in their vaccination drive.

The mayor was also escorted by several barangay officials on the island, to show their support in the city’s vaccination campaign.

Aside from the mayor, around 20 senior citizens were also inoculated for their first dose of the vaccine.