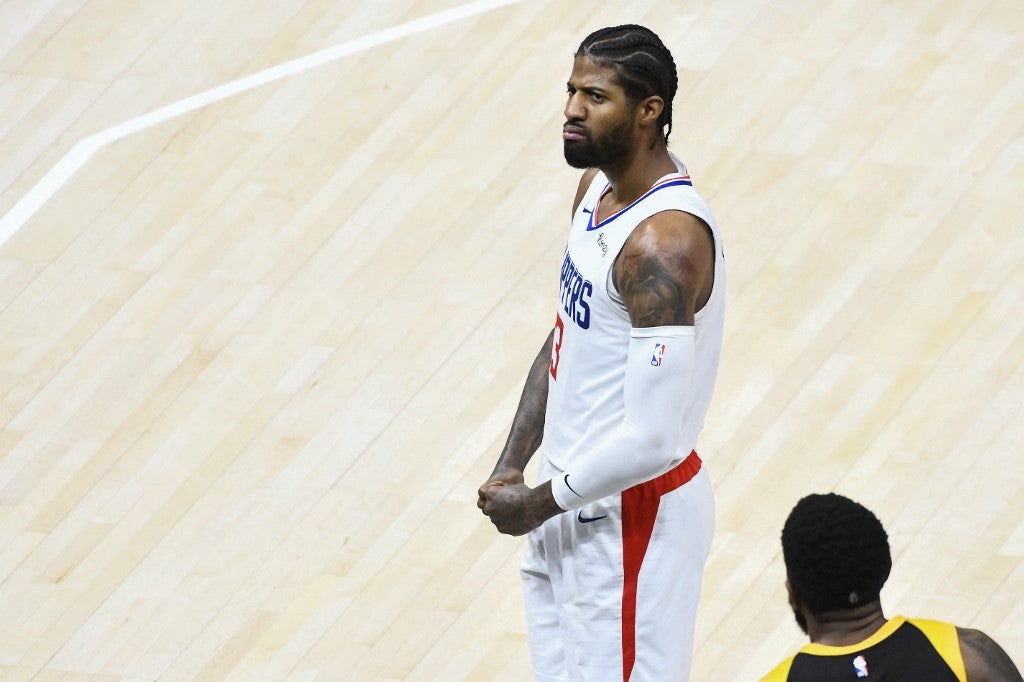 Paul George scored 37 points to lead the Los Angeles Clippers, playing without injured Kawhi Leonard, to a surprising 119-111 win over the Utah Jazz in Salt Lake City on Wednesday night in Game 5 of a Western Conference semifinal series.

Marcus Morris Sr. added 25 points and Reggie Jackson fired in 22 points to help Los Angeles take a 3-2 lead in the best-of-seven series. The fourth-seeded Clippers can eliminate the top-seeded Jazz in Los Angeles in Game 6 on Friday.

Despite the absence of Leonard, who was sidelined due to a sprained right knee, the Clippers withstood a blistering first-half shooting performance by the Jazz to win their third consecutive game after falling behind 0-2 in the series.

Paul George's big night propels the @LAClippers to a win in Game 5 and a 3-2 series advantage! #ThatsGame #NBAPlayoffs

George grabbed a playoff-career-high 16 rebounds and dished out a team-high five assists.

The Jazz again played without Mike Conley, who has yet to appear in the series because of a strained right hamstring.

Leading 3-2, LAC can advance with a win in Game 6 on Friday at 10pm/et on ESPN. #NBAPlayoffs pic.twitter.com/Sj1fWlKi7x

The third quarter was the turning point for Los Angeles.

The Clippers outscored the Jazz 17-5 to open the second half and eventually established a 10-point lead in the third quarter. Utah missed all 10 of its 3-point attempts in the period and was outscored 32-18 as Los Angeles turned a five-point halftime deficit into a 92-83 lead heading into the fourth quarter.

Rudy Gobert, who finished with 17 points and 10 rebounds, kept the Jazz within striking distance with three consecutive inside buckets.

Utah pulled within three midway through the fourth quarter after a Mitchell layup and free throw, but Jackson responded with a clutch 3-pointer and a layup.

The Jazz kept fighting and were within four before the Clippers’ Terance Mann exploded toward the basket and slammed the ball over Gobert. He added a free throw after the highlight-reel play to give the Clippers a 110-103 lead with 2:39 to go.

After a Mitchell drive brought Utah within four once, George responded with another three-point play, putting the Clippers up 113-106 with 1:48 to go.

The Clippers ended up shooting 51.2 percent from the field including a 40 percent performance (16 of 40) from 3-point range. The Jazz shot 45 percent overall and hit just 20 of 54 deep shots (37 percent) despite the red-hot start.

Clippers pull even with Jazz, but Kawhi Leonard leaves early