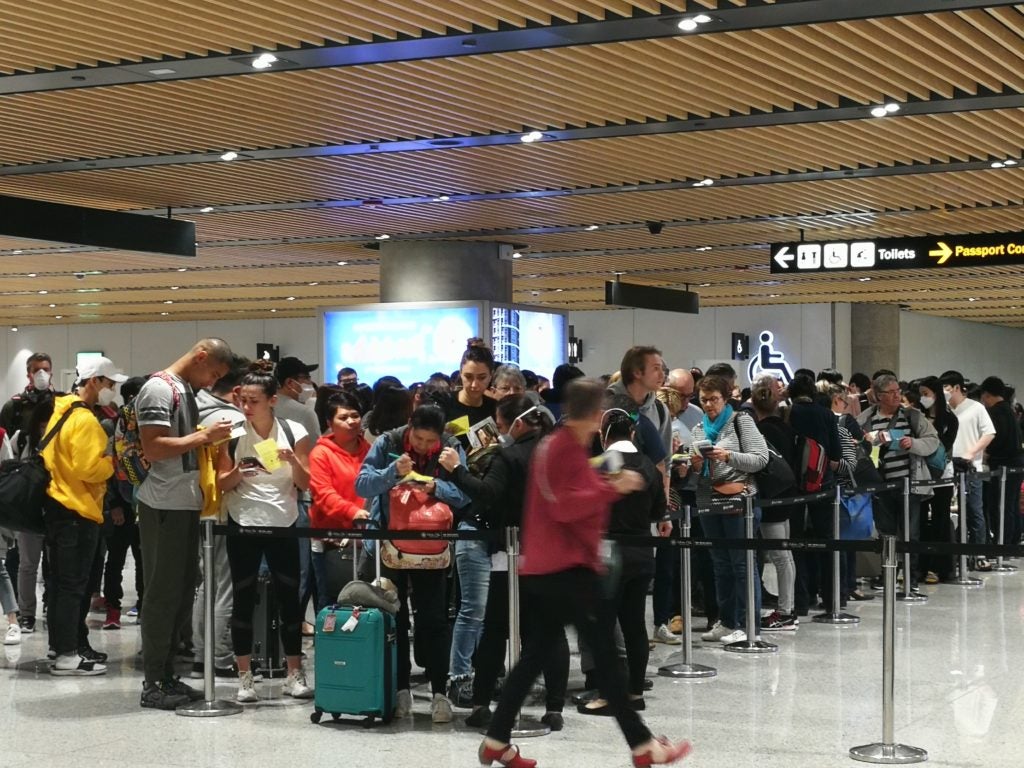 The Inter-Agency Task Force (IATF) has directed the police and the military to strictly enforce its own protocols for arriving OFWs and ROFs in all ports of the country including Cebu which has its own Swab-Upon-Arrival policy.   | Cebu Daily News Digital file photo

CEBU CITY, Philippines — Cebu Provincial Board Member, lawyer John Ismael “Jimbo” Borgonia said there is nothing they can do anymore with the protocols on arriving passengers from abroad after the National Inter-Agency Task Force (IATF) issued a directive to state agencies, including the Armed Forces of the Philippines (AFP) and the Philippine National Police (PNP), to ensure that its testing and quarantine protocols are followed in all ports in the country.

Borgonia made the statement Saturday, following the issuance of the directive on Friday.

Local officials here on Tuesday, June 15,, agreed to stick with the province’s Swab-Upon-Arrival policy, a day after Malacañang announced that President Rodrigo Duterte ordered the province to abide by the IATF protocols.

During the hearing of the House of Representatives Committee on Overseas Workers Affairs, on Thursday, June 17, Usec. Alethea de Guzman, director of the Epidemiology Bureau of the Department of Health (DOH), who represented Health Secretary Francisco Duque III, said that the latter has committed to visiting Central Visayas, particularly Cebu, to see firsthand its best practices.

The provincial board earlier said they will be passing a resolution this Monday, June 21, to formally invite the IATF’s medical experts.     /rcg