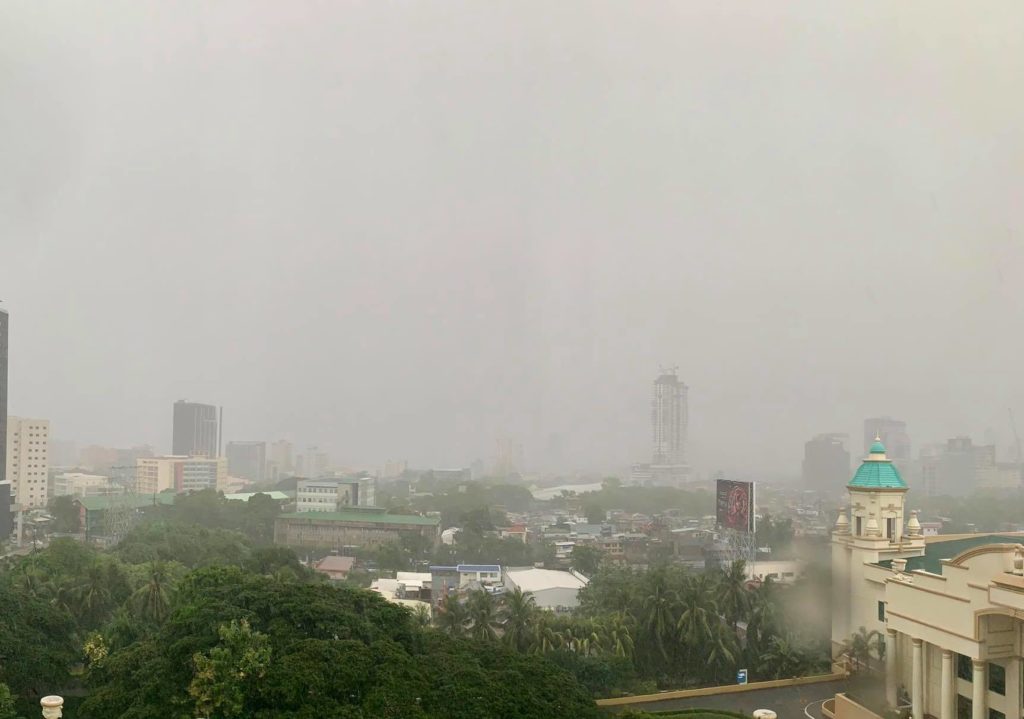 Cebu City and the rest of Metro Cebu are experiencing a heavy downpour on Tuesday afternoon, June 22, 2021. | photo courtesy of Rinan Calunia

Pagasa-Mactan said it recorded 40 millimeters of rainfall, or 200,000 drums per 1 square kilometer, which is the highest since Tropical Storm Dante last June 1.

(The rain we experienced this afternoon was the highest since Dante.)

“Subtotal pa lang ni. We will have the data of the total amount of rainfall usually 24 hours na siya,” he added.

(This is just the subtotal. We will have the date of the total amount usually after 24 hours.)

Merlas said the rains and lightning were caused by the localized thunderstorms and the southwest monsoon.

(Another reason is because of the habagat. But it is dissipating already. We haven’t monitored any thunderstorms as of now.)

He also advised the Cebuanos to stay indoors and to  avoid lone trees and other tall objects during thunderstorms.