8 memorial sites for PNoy put up in Cebu

Pagtambayayong Foundation: Cebuanos can offer candles or flowers for the late ex-President there 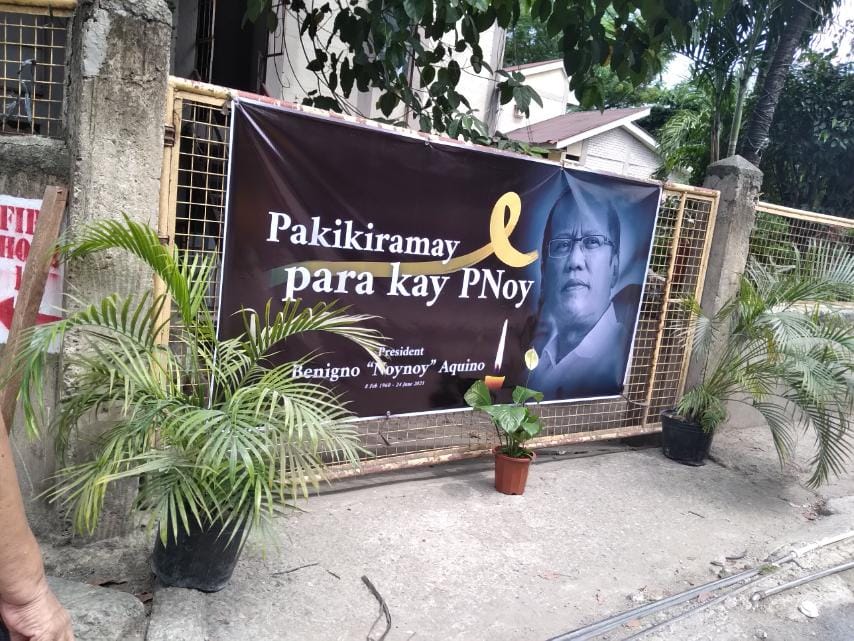 This is one of the eight Memorial sites for the late President Benigno Aquino III. This one is in Cebu City. | Contributed photo

CEBU CITY, Philippines — Supporters of the late former President Benigno “Noynoy” Aquino, III, or PNoy has put up memorial sites all over Cebu as a form of mourning for the former President who died on June 24, 2021.

Francisco “Bimbo” Fernandez, a strong supporter of the Aquinos and  former Department of Interior and Local Government (DILG) undersecretary under PNoy’s presidency, told CDN Digital that the Pagtambayayong Foundation, a non government organization, had decided to put up the memorial sites as a form of gratitude to PNoy.

A site has been opened at the LIHOK Pilipinas Office in Cebu City, another in Barangay Apas and Barangay Busay in the same city, others are in Talisay City, and in Lapu-lapu City.

The sites can be visited by those, who wish to pay their respects to PNoy by offering flowers and candles at the memorial sites.

This is the way for Cebuano supporters to show their love and gratitude to the late President without gathering or violating quarantine protocols.

“I think we will have the memorial sites for 10 days. We are starting today. nainstall na sad ang uban (The others are already installed),” said Fernandez in a phone interview.

For those, who cannot travel to the site, they are encouraged to put up yellow and/or black ribbons outside their households as a symbol of mourning for the late President.

As for Fernandez, a trusted ally of the Aquino family in Cebu, he mourns the loss of a friend as well.

“I had the honor to work with Cory and PNoy. With Cory as her chair of the Presidential Commission for the Urban Poor. With PNoy as undersecretary of DILG. Both Cory and PNoy were pure of heart and very humble and very sincere in fighting corruption,” he said.

“Our economy significantly improved under PNoy’s presidency. PNoy was also personally involved and concerned in the P50 billion housing project for the informal settlers that I managed in Manila. PNoy kept the faith. Surely God’s glory awaits him. It was a great honor to work with him,” he said.