CEBU CITY, Philippines — As modern heroes of today, our delivery riders have a really huge impact in our day-to-day lives.

Aside from making sure that our packages and orders are safe, they also ensure to get these items delivered on time right on our doorsteps.

With this task that they face daily, rain or shine and no matter how far the distance, it is only fitting to acknowledge their efforts — because not all heroes wear capes and fly, some wear helmets and ride motorcycles.

Out of hundreds of nominations for outstanding delivery riders nationwide, one deserving rider was named Hero Rider of the Year. J&T Express also awarded two other “hero riders” last July 2, 2021, during a virtual event broadcasted on Facebook and YouTube which was watched by more than 190,000 viewers. 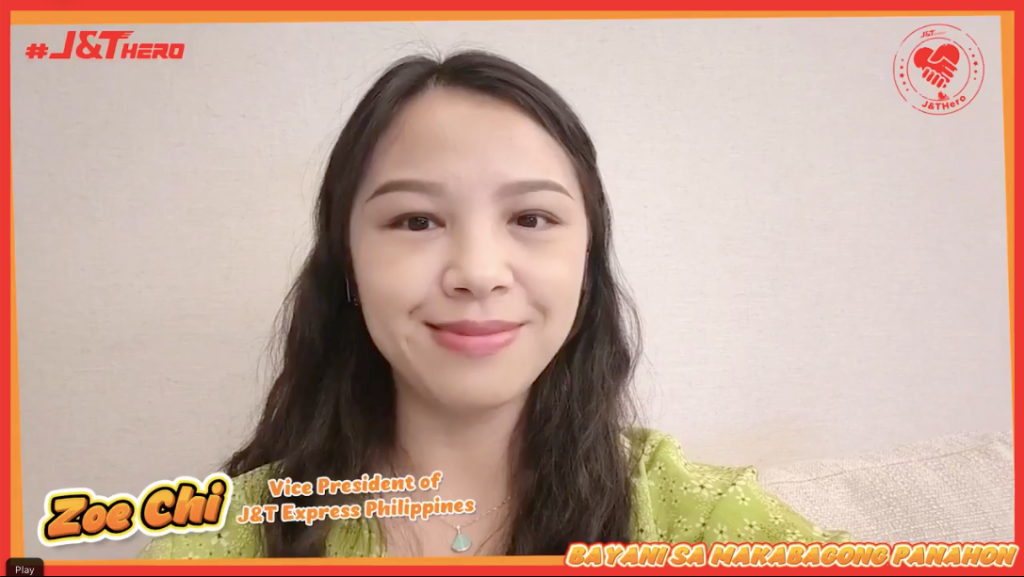 Vice President of J&T Express Philippines Zoe Chi congratulates and thanks everyone who participated in the first J&T Heroes: Bayani sa Makabagong Panahon.

According to J&T Express Philippines Vice President Zoe Chi, the event is part of the company’s bayanihan spirit that aims to uplift the dignity of delivery riders as frontliners and modern heroes by recognizing their hard work, dedication, and contributions on the field every day.

“They have shown valor, creativity, ingenuity, and resilience in every parcel delivered. We are honored to have them in our J&T family. May you continue to serve as inspirations to every person you meet on the road,” Chi added.

Edison Awa, a J&T delivery rider based in Muntinlupa for two years now, garnered the top spot out of the final seven nominees and was named J&T Hero of the Year. According to his branch supervisor, Awa could deliver 100-300 packages in a day, making him one of the top couriers in his branch. 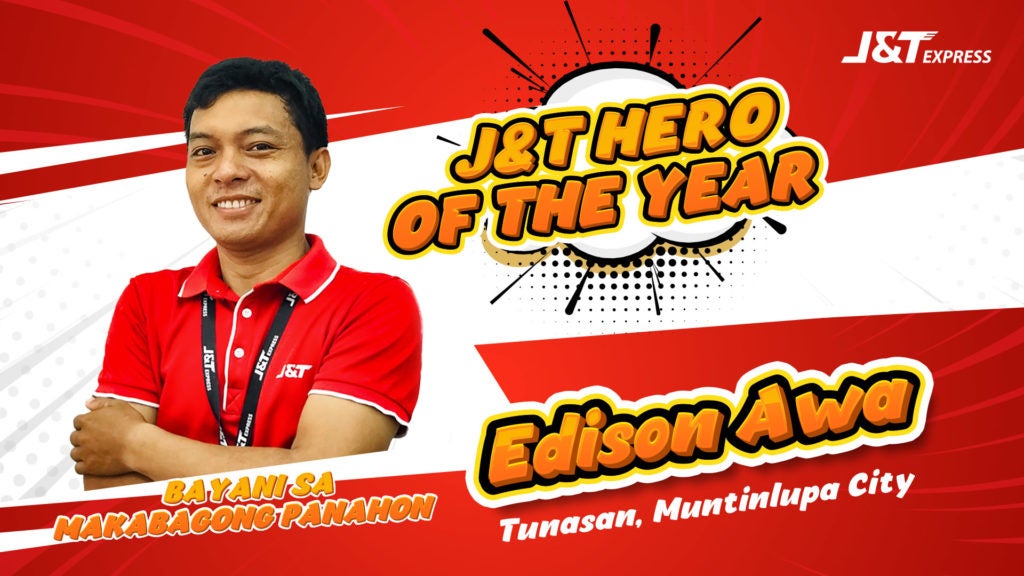 As a breadwinner for his aging parents and siblings in the province as well as his own family of four, Awa used to rely on uncertain jobs in construction and agencies, but now finds fulfillment and steady income from being a J&T delivery rider.

As J&T Express Philippines’ Hero of the Year, Awa received a brand-new motorcycle and a smartphone.

Daryl Ocenar from Tacloban and Ricky Frias representing the J&T Taguig Branch won second and third place, respectively. They also received smartphones and other prizes such as wireless earphones, P5,000 worth of gift certificates, and an action camera.

J&T’s bayanihan spirit empowers and prioritizes customers and employees. Early this year, the company released the second tranche of groceries and essentials as employee “ayuda” to help team members affected by the lockdown.

J&T has also extended help through various logistics services for COVID response and immediate disaster relief in an effort to empower and prioritize both its customers and employees.

With 600 branches in the Philippines, the company is dedicated to helping local online businesses grow by providing quality delivery services.

To know more about the company’s services, visit https://www.jtexpress.ph/.