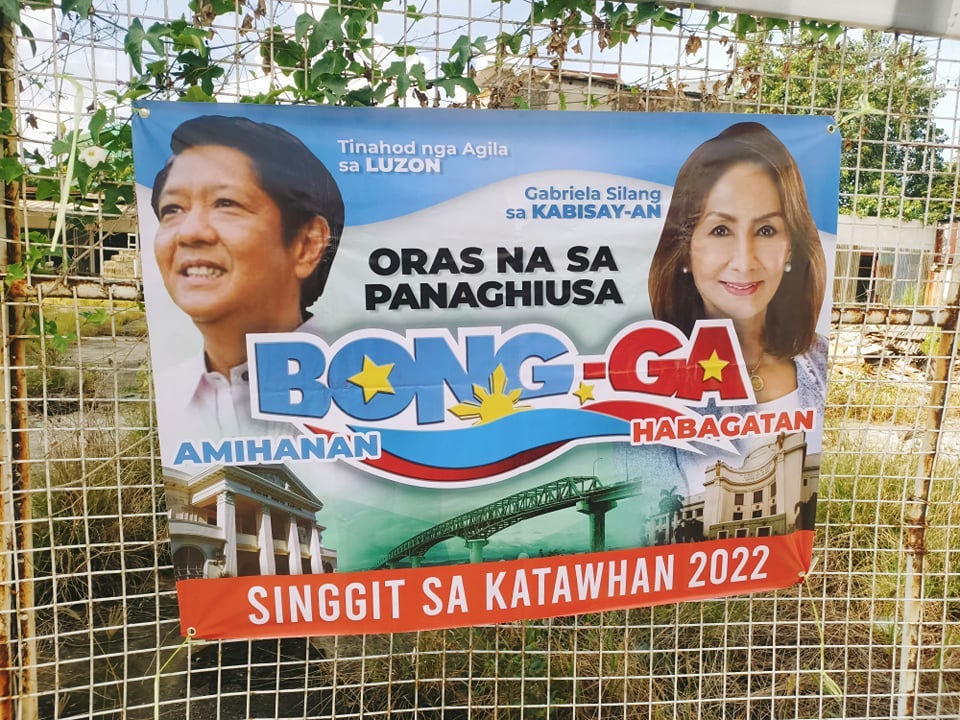 Tarpaulins showing photos of former senator Ferdinand “Bongbong” Marcos Jr. and Cebu Governor Gwendolyn Garcia are now posted in public places in Metro Cebu. This one was spotted along the road in Barangay Subangdaku in Mandaue City. | Contributed photos #CDNDigital

Garcia responded to another movement urging her to run for a position in the national government — this time, for vice president.

“How will I say it, to convince everyone, that I am not leaving Cebu. Not at this time when I know that my presence is still needed here… especially in light of the need for Cebu to take a position and stand with the Cebuanos in order to pull up our economy that has been devastated by these restrictions,” said Garcia in a press interview.

Photos of the tarpaulins, that have dubbed Marcos and Garcia’s tandem as ‘Bong-Ga’, made the rounds on social media.

This is the second time a group is calling for Garcia to seek a higher position for the May 9, 2022 elections.

A separate organization is also mobilizing efforts to convince the governor, who is currently serving her first term, to run for senator.

When asked if she received any invitations or communication from Marcos, Garcia said there was none.

No group has owned yet about them being the ones behind the ‘BongGa’ banners spotted in Metro Cebu last month.

Garcia was first elected as governor of Cebu in 2004 and served until 2013. She was reelected during the May 2019 elections.