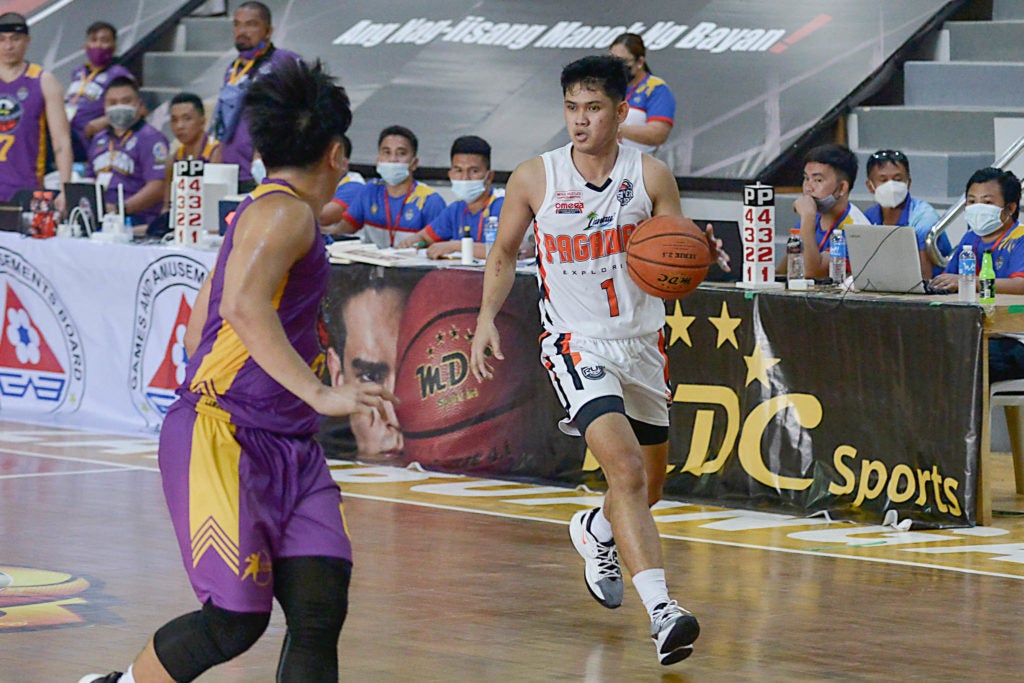 Rich Guinitaran of the Pagadian Explorers dribbles the ball during their game versus the JPS Zamboanga City. | Photo from VisMin Super Cup Media Bureau

Rich Guinitaran led the Explorers to their big win against the powerhouse Zamboanga with crucial baskets in the final stretch.

Surprisingly, Zamboanga trailed by as much as 13 in the game but managed to cut the deficit to three after Jaypee Belencion sank a triple at the 3:54 mark of the final period.

However, Guinitaran doused Zamboanga’s comeback after the Centro Escolar University (CEU) product scored the last eight points for the Explorers.

He capped it off with a remarkable putback from Mark Benitez’s miss to give his team an 11-point cushion with less than two minutes left in the game.

After the dust settled down, Guinitaran tallied 26 points on a scorching, 8-of-10 field goal conversion including five shots from the rainbow territory. He also added five rebounds and five assists to his stacked stats sheet.

Veterans Gabby Espinas and Jerwin Gaco paced JPS with 14 and 11 points, respectively, with the latter adding 11 rebounds as their team suffered its first defeat after opening with a convincing victory.

The Explorers, on the other hand, remained unbeaten with a 2-0 (win-loss) record.

JPS missed NCAA finals MVP Fran Yu who decided to skip the game due to a stiff neck. Gino Jumao-as, JPS’s top scorer also has to leave at the 1:57 mark of the opening period after hurting his knee.

The Explorers are gunning for a 3-0 start as they face another big challenge against the Basilan Peace Riders on Thursday, July 15 at 4:00 PM.

Zamboanga City, on the other hand, will try to bounce back against the MisOr Brew Authoritea on Saturday, July 17 at 2:00 PM.