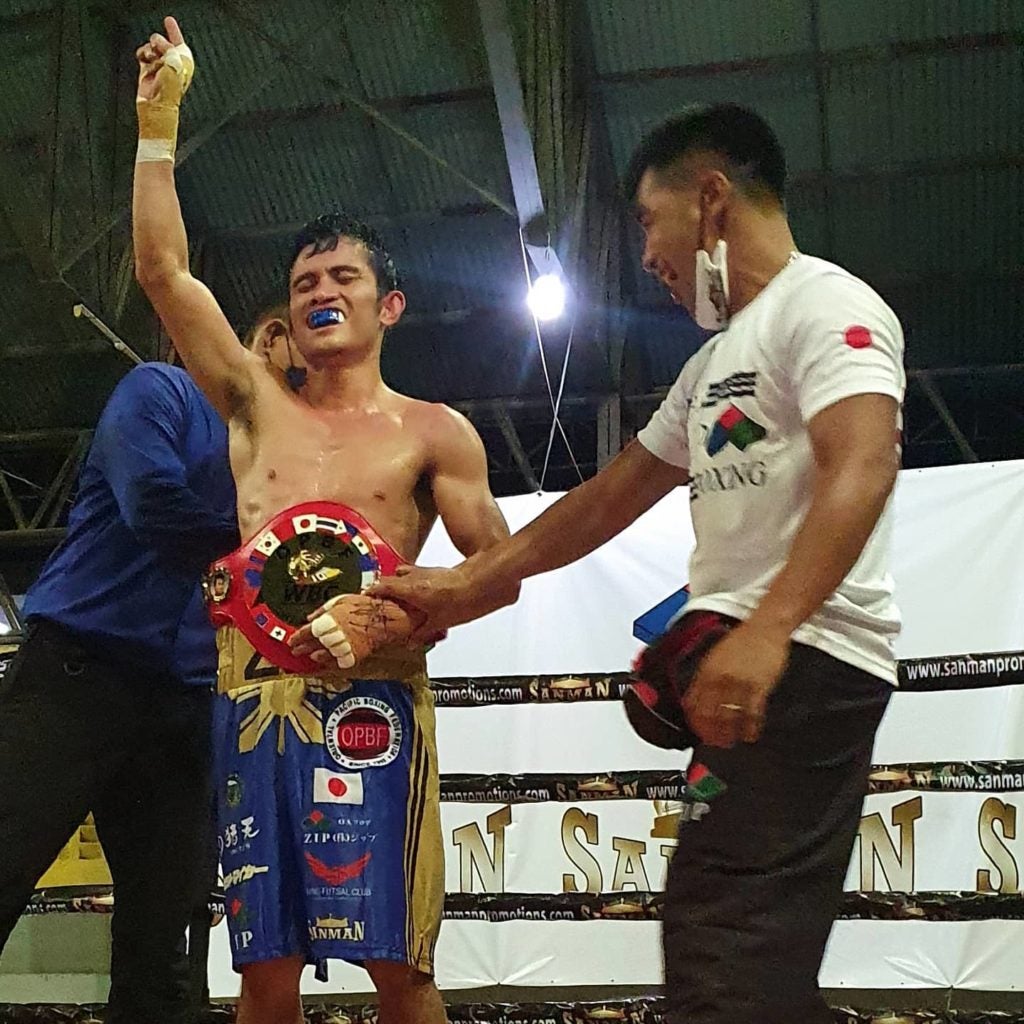 Melvin Jerusalem raises his hand as the OPBF minimumweight belt is strapped around his waist after winning over Toto Landero last Friday evening at the Tabunok sports complex. | Photo from Zip Sanman promotions.

CEBU CITY, Philippines — Toto “Mascuvado” Landero found himself in a state of deja vu after he was badly beaten by Melvin “Gringo” Jerusalem in their rematch last Friday evening in the main event of the Zip Boxing & Sanman Promotions at the Tabunok Sports Complex in Talisay City, south Cebu.

What is different this time is Jerusalem and Landero fought for the Oriental Pacific Boxing Federation (OPBF) minimumweight title, but the end result was technically the same.

Jerusalem walked away with the belt strapped around his waist by winning their 12-round showdown via unanimous decision.

In November 2018, Jerusalem and Landero faced each other in the ring for the first time with the former walking away with the same decision. That fight was promoted by the disbanded ALA Boxing Promotions at the Minglanilla sports complex.

Last Friday evening, Jerusalem, a former world title challenger triumphed anew with all three judges favoring him. Judges Noel Flores and Edgar Olalo scored the bout identically at 118-110, while Edwin Barrientos had it 116-112.

With the victory, Jerusalem who now fights for Zip Sanman boxing team improved his record to 17 wins with 10 knockouts and two defeats. Landero, meanwhile, dropped to 11-6-2 (win-loss-draw) with two knockouts.

Kevin Jake Cataraja (13-0,11KOs) remained unbeaten after knocking out Cris Alfante (17-9-1,9KOs) in the seventh round.

Read Next
Driver, who broke arm after his tricycle fell into a roadside digging, now safe – Ahong

Camping while beaching? Medellin has the spot for you!