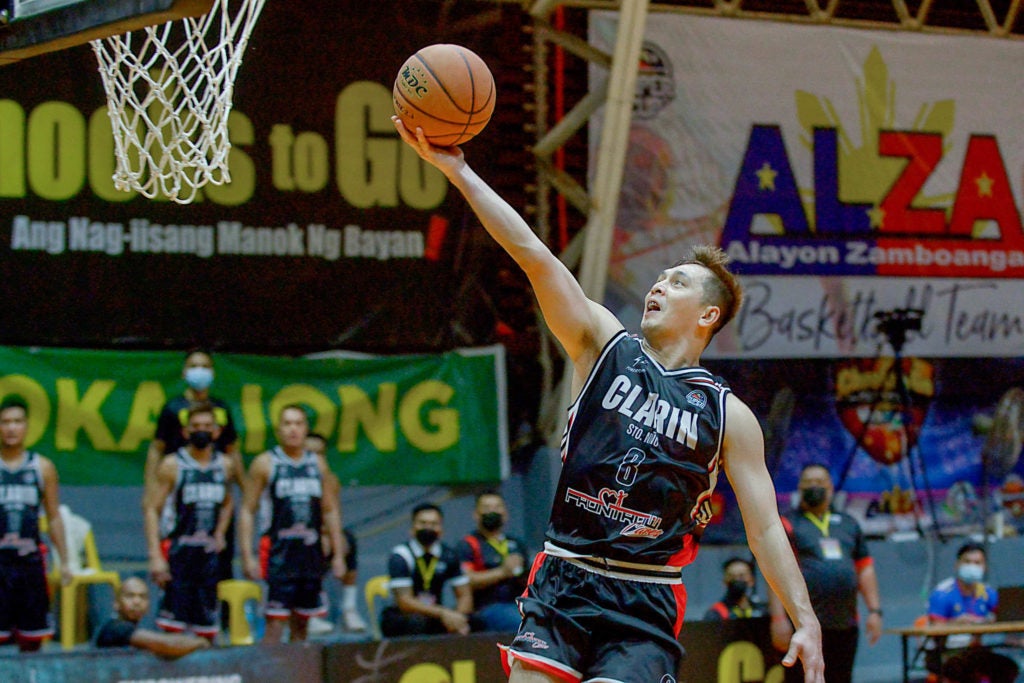 Clarin’s John Wilson goes for a layup during their game versus the Pagadian Explorers on Sunday evening, July 18, 2021. | Photo from VisMin Super Cup Media Bureau

The win allowed Clarin to remain unbeaten and take down the Explorers from the top of the standings.

Rich Guinitaran had 19 points, five rebounds and two steals for the Explorers.