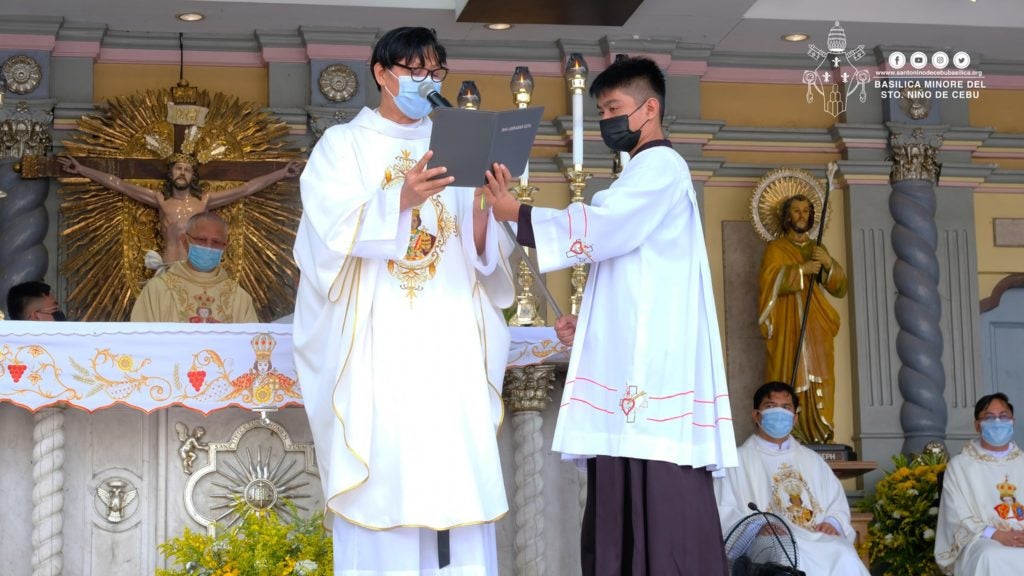 Zerda was the basilica’s spiritual director, who was tasked to propagate faith, and was responsible for spearheading preparations for the Fiesta Señor celebration, prior to his installation.

With his new role as basilica rector, Zerda will also have to continue various projects left by his predecessor, especially those that are related to the celebration of the 500 years of the arrival of the Sto. Niño de Cebu.

Cebu Archbishop Jose Palma officiated a Mass on Friday that was followed by Zerda’s installation.

In his homily, Palma asked Zerda to always be a good example to his flock.

Hailing from Surigao City in Mindanao, Zerda was a practicing architect before he decided to join the religious service.

He served as a priest and Augustinian friar for 20 years.  He was assigned as vicar of the Guadalupe Monastery in Makati City before he was transferred to Cebu early this month.

Zerda’s reassignment to the basilica rector was his first parochial assignment, a position that he considers as one his biggest assignments so far and something that he is excited about.

(A rector is also a pastor but there are some parochial responsibilities that he will not be performing.  He is in-charge of a shrine but I wanted to give importance to his role as the spiritual director of the Cofradia del Sto. Niño.  He plays an important role in propagating faith in the Sto. Niño.)

While he excited of his transfer here, Zerda said, he is also expecting a lot of challenges especially with the pandemic.

He will have to find means on how to balance spirituality and public health and safety.

Zerda made a commitment to continue to cooperate with the government in ensuring compliance with health protocols among the Sto. Niño devotees as they also start to prepare for the 2022 fiesta celebration.

(Crowd control is very important. To date,  a huge crowd is visiting the basilica. We well have to continue to preach that devotees do not have to be physically present in church to show their faith.)

For Zerda, taking on the role of Basilica Minore del Sto. Niño rector is both a blessing and a responsibility given by God that he must work on to lead the devotees of the Sto. Niño into a deeper understanding of the faith. / dcb