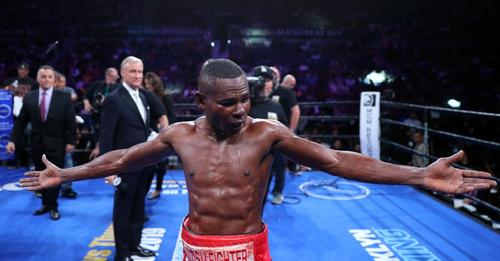 MANILA, Philippines — Cuban stylist Guillermo Rigondeaux thinks he’s not getting the credit he rightfully deserves when it comes to his punching power.

Rigondeaux plans to prove his pundits wrong while also keeping the same methodical approach that has made him a two-division champion when he faces Filipino champion John Riel Casimero on Aug. 14 in Carson, California.

The two-time Olympic gold medalist has shown he is capable of knocking out his opponents with 13 of his 20 wins coming off KOs.

But it remains to be seen if can do it against the tough-as-nails Casimero.

Casimero (30-4, 21 KOs) has been on a tear, having won his last six fights by either knockout or stoppage. His last two bouts against Duke Micah and former champion Zolani Tete only lasted three rounds.

“I believe in my power. That’s the bottom line,” the 40-year-old Rigondeaux said. “I’m not a trash talker. Everything I can do, I plan to show in the ring.”

“The ultimate goal is to win the fight. It won’t be the first or the last time that I will rise to the occasion. I will fight the way I always have once we are in Los Angeles.”

Rigondeaux back as Casimero foe after Donaire pullout

Casimero taunts Rigondeaux anew: Get ready to run in August