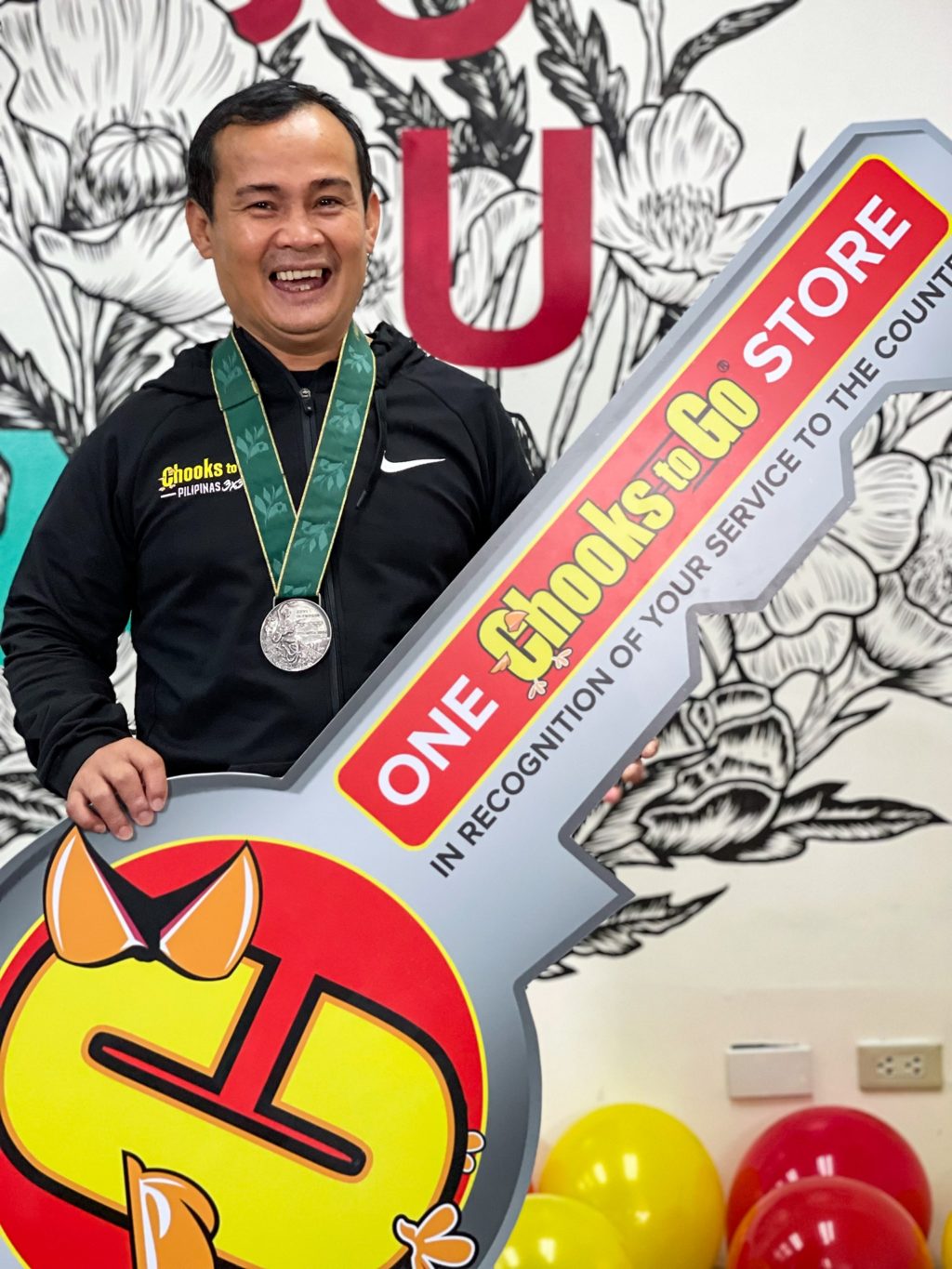 CEBU CITY, Philippines — Mansueto “Onyok” Velasco, the 1996 Atlanta Olympics boxing silver medalist who recently complained about not receiving the full benefits promised to him by the government, got a surprise livelihood showcase on Friday from sports patron Ronald Mascariñas of Chooks-to-Go Pilipinas.

After hearing Velasco’s woes, Mascariñas made sure that the former’s achievement in the Olympics will receive proper recognition.

On August 13, Mascariñas invited Velasco to his office and surprised the latter with a brand-new Chooks-to-Go store. The store will soon open near Velasco’s Quezon City home.

On top of that, Mascariñas added P100,000 financial assistance to Velasco.

“We’re giving one Chooks-to-Go store to Onyok because as a Filipino we owe it to him for bringing honor to our country. We are also giving him an additional P100,000 so that he can have his long-delayed honeymoon in Boracay with his wife May.”

Though it was a long-time coming, Velasco is grateful to finally have a business he can call his own.