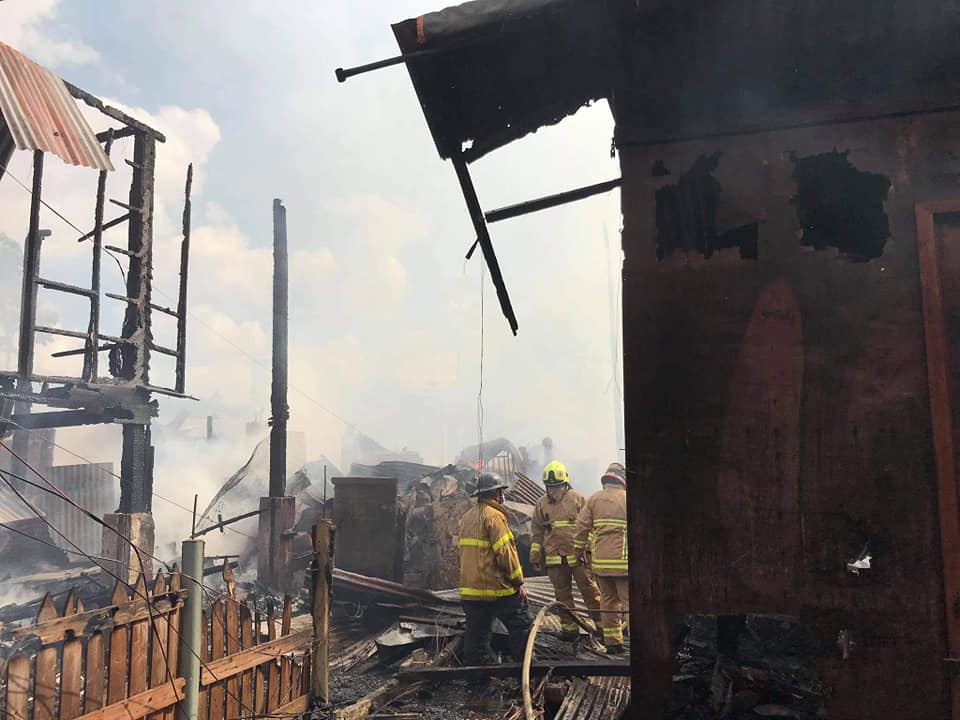 MANDAUE CITY, Cebu – At least 60 families were displaced by a fire that hit a thickly populated community in Sitio Riverside, Barangay Subangdaku in Mandaue City shortly after 8 a.m. on Monday, August 16.

The fire victims will be temporarily accommodated at the Subangdaku Elementary School, according to barangay captain Ernie Manatad.

Manatad said they have also prepared meals for the affected families.

Fire broke in Sitio Riverside that is located close to the boundary of the cities of Mandaue and Cebu on Monday morning.

Bantay Mandaue – CDRRMO (City Disaster Risk Reduction and Management Office) said the fire was reported at 8:01 a.m. and was placed under control 38 minutes after.

The fire department said at least 25 homes may have been burned in the fire while Bantay Mandaue – CDRRMO said the number of affected homes may have reached 30.

Fire fighters continue to investigate the cause and origin of the fire as of this writing. / dcb