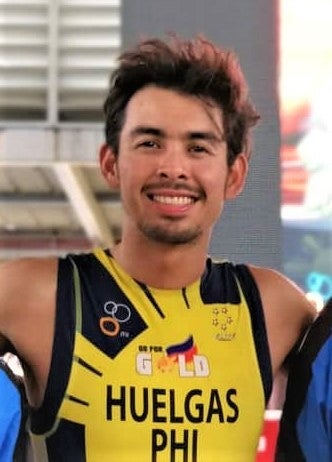 The 30-year-old bemedalled triathlete will spend one month in Cebu, particularly in Talisay City under the tutelage of Roland Remolino, who is also one of the national coaches of the Triathlon Association of the Philippines (TRAP).

For months, Remolino, along with his son Andrew Kim and other rising young Cebuano triathletes, has been training in Talisay City consistently despite the postponement of the 31st SEA Games to July 2022 in Hanoi, Vietnam due to the uptrend of the COVID-19 cases there.

(We will hold a training camp for one month here. He will arrive this afternoon and we will then start training the following day so that his time visiting here will not be wasted.)

(The training here of Nikko is important because he will compete in the SEA Games again and this is also for his preparations for his rankings in the national team.)

His son, Andrew Kim, 21, is also gearing up for next year’s SEA Games and the Subic International Triathlon (SUBIT), which was postponed due to the COVID-19 pandemic. SUBIT supposedly takes place on September 19 in Subic Free Port in Subic Bay, Zambales.

SUBIT is a crucial race for both Remolino and Huelgas as it serves as a qualifier for the SEA Games.

“Well as a two-time SEA games gold medalist himself, he will surely motivate the kids and national athletes who will train with him head to head. Our training program will focus on the elite program. Of course, I’m sure the rest of the kids can go with him,” said Roland Remolino.

He added that despite the strict quarantine classification in Talisay City, they managed to continue their rigorous training every day.

Talisay City, allows leisure bikers and joggers to do their activities outside despite being under MECQ given they follow strict health and safety protocols.

All of them are also set to compete in SUBIT with the hopes of qualifying to the national team for triathlon.

SEA Games in Vietnam postponed due to COVID-19 concerns