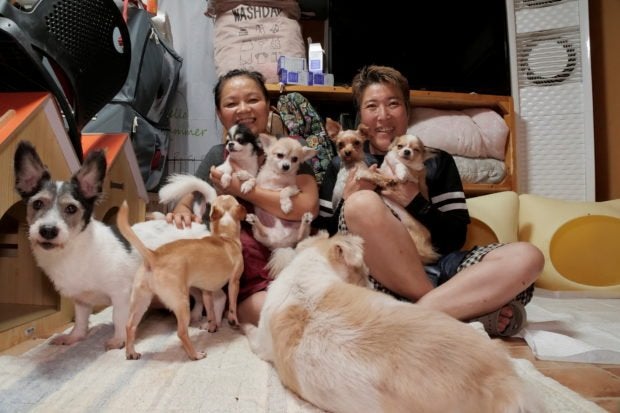 NEW TEETH FOR OLD LAW Once animals are granted legal status, South Korea may soon impose harsher penalties for animal abusers and those who abandon pets, like in the case of Jin-hui, a 5-year-old Pomeranian who was left for dead in 2018 and now receiving care in a shelter in Anseong. —REUTERS

South Korea is one of a handful of countries to recognize animals as beings, with a right to protection, enhanced welfare and respect for life.

The push for the amendment comes as the number of animal abuse cases increased to 914 in 2019 from 69 in 2010, data published by a lawmaker’s office showed, and the pet-owning population grew to more than 10 million people in the country of 52 million.

South Korea’s animal protection law states that anyone who abuses or is cruel to animals may be sentenced to a maximum of three years in prison or fined 30 million won ($25,494), but the standards to decide penalties have been low as the animals are treated as objects under the current legal system, Choung said.

Once the Civil Act declares animals are no longer simply things, judges and prosecutors will have more options when determining sentences, he said.

The proposal has been met with skepticism from the Korea Pet Industry Retail Association, which pointed out there are already laws in place to protect animals.

“The revision will only call for means to regulate the industry by making it difficult to adopt pets, which will impact greatly not only the industry, but the society as a whole,” said the association’s director general, Kim Kyoung-seo.

Choung said the amended civil code would also pave the way for follow-up efforts such as life insurance packages for animals and the obligation to rescue and report roadkill.

It is likely the amendment will be passed, said lawmaker Park Hong-keun, who heads the animal welfare parliamentary forum, as there is widespread social consensus that animals should be protected and respected as living beings that coexist in harmony with people.

Animal rights groups welcomed the justice ministry’s plan, while calling for stricter penalties for those who abandon or torture animals, as well as a ban on dog meat.

“Abuse, abandonment and neglect for pets have not improved in our society,” said Cheon Chin-kyung, head of Korea Animal Rights Advocates.

Solemn with large, sad eyes, Jin-hui, which means “true light” in Korean, now enjoys spending time with other dogs at an animal shelter south of Seoul.

“Its owner lost his temper and told his kids to bury it alive. We barely managed to save it after a call, but the owner wasn’t punished as the dog was recognized as an object owned by him,” said Kim Gea-yeung, 55, manager of the shelter.

“Animals are certainly not objects.”