A preview of Duterte as VP: Auditing COA, forgetting it’s not his job 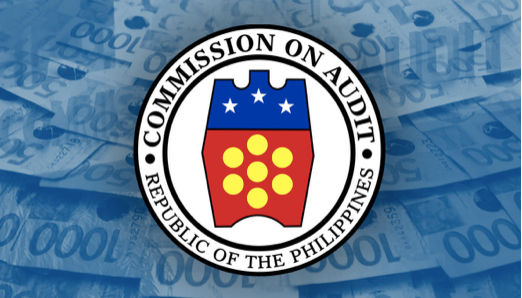 The statement could lead to several conclusions—lack of knowledge about constitutional duties, hyperbole bordering on a lie and bravado which one senator said was by now all too familiar.

President Rodrigo Duterte, with barely a year left in office, is already pumping up the volume for his foray into the vice presidential race, a move which his detractors said was mainly a strategy to acquire some form of protection against criminal prosecution.

Though it’s uncertain if Duterte would face criminal charges in local courts for the thousands of deaths in his bloodthirsty campaign against crime and drugs, his critics said a case of crimes against humanity in the International Criminal Court was sure to give Duterte many sleepless nights.

A role as the second highest official of the land could be used as a shield, some observers said.

As the filing of candidacies draws nearer, however, Duterte is letting the public in on his agenda as vice president, if he won.

In a taped speech late Thursday (Aug. 27), Duterte said he would be the watchdog of the government’s spending watchdog, Commission on Audit, if he became vice president.

Still riled by COA audit reports tagging messy patterns of spending in nearly all corners of the Duterte bureaucracy, the President announced that COA was in his crosshair.

“Somebody should do it. I will do that if I become vice president.  I will also audit all government agencies. All. Including mine. I will start with mine,” he said.

But it appeared to be lost on Duterte that auditing government agencies was not listed as a vice president’s KRA, or key result areas.

Functions of a VP

First off, auditing COA is nowhere to be found among the duties of a vice president of the country—at least according to the Constitution.

Based on the 1987 Philippine Constitution and the Administrative Code of 1987, among the top responsibilities of the vice president is to be prepared and equipped to assume the presidency “in case of the death, disability, or resignation of the incumbent president.”

During the six-year term, the vice president may also assume a Cabinet position if offered by the president without confirmation by the Commission on Appointments.

Also, part of the vice president’s powers and responsibilities is to serve as an executive committee member in the National Security Council.

According to Sen. Nancy Binay, daughter of former Vice President Jejomar Binay, the nation’s second-highest leader has no auditing powers.

“That power was given specifically to COA. That’s why even if he is already vice president, I don’t think he can do that,” the senator added.

READ: Duterte to audit COA as VP? He can’t do that, says Binay

When Duterte, during a meeting with his Cabinet members, asked, “who audits COA?”

His chief legal counsel Salvador Panelo told the president, “none.”

READ: Duterte asks who audits COA; volunteers to do it if he becomes VP

However, former COA Commissioner Heidi Mendoza recently explained at an online forum that resident auditors audit the commission and its officials. 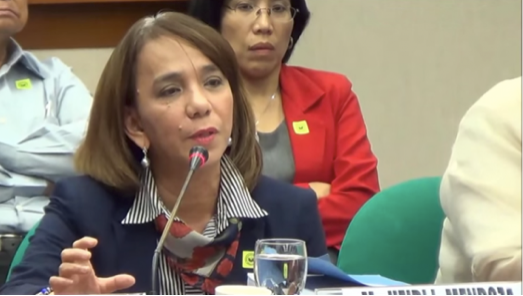 “We have resident auditors in COA. They are stern, too, and they disallow the expenses of COA officials,” Mendoza said.

Duterte, also during his aired speech, said that he was qualified to carry out the task of auditing COA because he was the “last person” to deceive the public.

Sen. Panfilo Lacson reacted to this statement and brought up Duterte’s pledge in 2016 to ride a jet ski to the Spratly Islands and plant a Philippine flag there to assert Filipino sovereignty.

“Isn’t he the one who called ‘stupid’ those who believed he will ride a jet ski to the West Philippine Sea?,” Lacson said, speaking in Filipino, during a radio interview.

Last May, Duterte said his jet ski statement was a “pure campaign joke” and called those who believed him “stupid.”

If Duterte becomes vice president, he and his president would be confronted with problems far bigger than questioning COA’s moral authority to serve as the government’s spending watchdog. 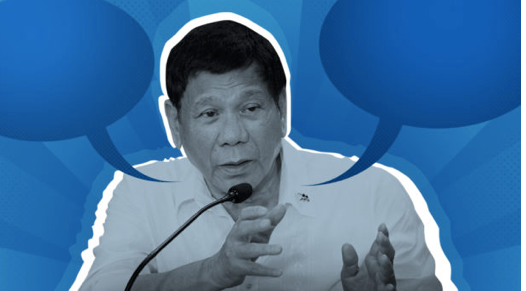 One is the ongoing health pandemic caused by SARS CoV2, the virus that causes COVID-19, which research and studies suggest was likely to stay.

Aside from increasing infections, the emergence of different variants, lack of vaccine supply, vaccine hesitancy among people and gaps in local and international response point to a possibility of the virus staying lingering far longer than health experts had initially thought, according to a report in Foreign Affairs Magazine.

“Rather than die out, the virus will likely ping-pong back and forth across the globe for years to come,” said American epidemiologist Larry Brilliant in the report. Many other health experts shared Brilliant’s view.

As early as May 2020, World Health Organization (WHO) emergencies director Dr. Mike Ryan had already warned that the virus might never disappear.

“It is important to put this on the table: this virus may become just another endemic virus in our communities, and this virus may never go away,” Ryan said at an online press conference that time.

READ: Coping with COVID: A virus that’s likely to stay

The number of COVID-19 infections in the Philippines continues to increase, with at least 1,916,461 total confirmed cases as of August 27. The numbers are still going up. 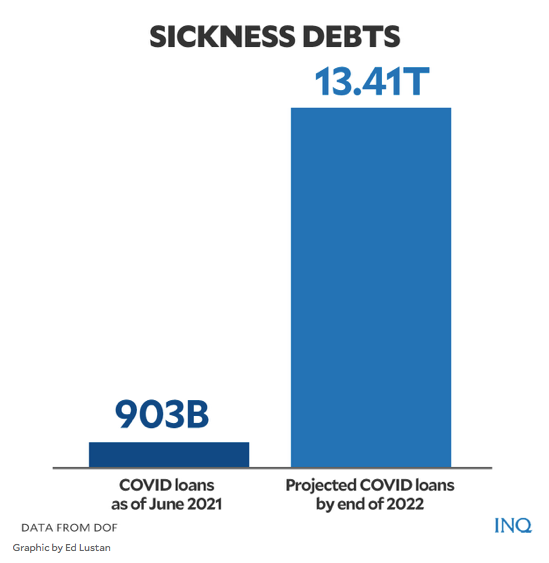 Another problem which Duterte as vice president would have to address was the now incalculable level of debt that his administration will leave behind when he steps down as president in 2022.

By the end of 2022, or long after Duterte is no longer in Malacañang, the Philippines’ debt will reach a record-high P13.42 trillion, according to the Department of Finance (DOF).

READ: Trillions and counting: The mountain of debt next president has to climb

On this, Duterte can’t point fingers and simply have to face himself in the mirror.

Read Next
How to stay away from work and spend, enjoy the weekend