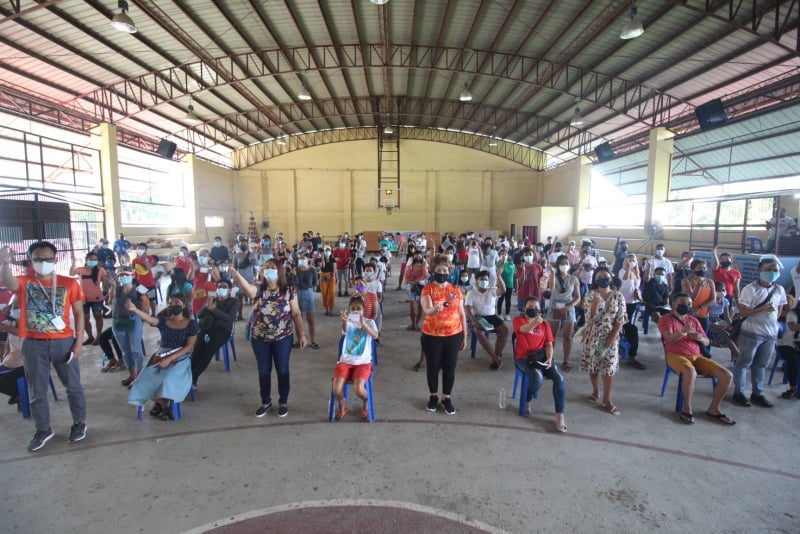 Beneficiaries of the Government Internship Program of Lapu-Lapu City wait for the release of their salary on Thursday. | Contributed photo

LAPU-LAPU CITY, Philippines — The Department of Labor and Employment (DOLE)-7 has released the cash allowance of the 141 beneficiaries for the Government Internship Program (GIP) in Lapu-lapu City.

DOLE had allocated a total of P561,298.44 for the 141 beneficiaries of the program, said Rep. Paz Radaza of the lone district of Lapu-Lapu City.

Radaza and DOLE-7 have worked together to make this internship program happen where GIP beneficiaries were deployed in various barangay offices in the city for three months.

Each beneficiary has received an allowance of P404 per day.

Qualified as GIP beneficiaries are individuals, whose ages are18-30 years old and are at least high school graduates or Voc-Tech graduates and with no work experience.

On Thursday, Sept. 2, the GIP beneficiaries from Barangays Mactan, Poblacion, Gun-ob, Buaya, Calawisan, Basak, Subabasbas, Bankal, Looc, Caohagan and Sabang in Olango Island were among those who received their first salary.

The Government Internship Program is a component of KABATAAN 2000 under Executive Order (EO) No. 139 s. 1993, and DOLE Administrative Order No. 260-15, which aims to provide opportunities and engage young workers to serve the general public in government agencies or entities projects and programs at the national and local level.

Lapu-Lapu fire victims to receive financial assistance from the city