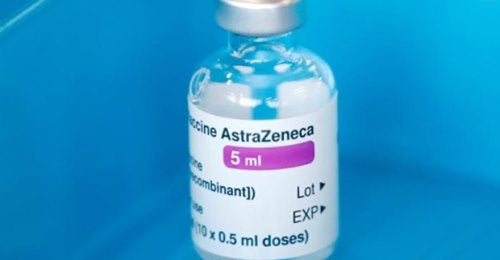 MANDAUE CITY, Philippines — The Mandaue City government continues to work to hit its target to vaccinate 337,600 Mandauehanons or 80 percent of the city’s population to achieve herd immunity against COVID-19.

Dr. Ligaya Lakambini-Dargantes, head of the patient management and patient team of the Mandaue City Emergency Operations Center (EOC), said the city would need to vaccinate that 80 percent of its eligible population to achieve herd immunity.

Lawyer Lizer Malate, Mandaue EOC head, said that the population of the city is 422,000.

Subangdaku Barangay Captain Ernie Manatad, chairman of the city’s vaccine board, for his part, said that the city had already vaccinated 273,891 individuals as of yesterday, Sept. 2.

However, Manatad said that of this number only 109,416 had been fully vaccinated while the remaining 164,475 individuals had received their first dose of the vaccine.

With this, Manatad encouraged the public to get vaccinated.

He also said that the city government had already initiated programs that would make it easier for residents to get vaccinated.

These included their night shift vaccination program called the “Mandaue Tara Shots sa Gabi-i” program where on certain days, a vaccination center in the city would give vaccinations from 4 p.m. to 9 p.m.

Manatad earlier said that they were targeting those workers, who could not leave their jobs in the day time to get vaccinated.

They also have their “Bakuna, Bai!” Program targeted for public utility transport drivers.

Meanwhile, Mandaue City got 1,000 doses of AstraZeneca vaccines donated by private companies and a foundation.

The 1,000 doses of vaccine donation were received by Mayor Jonas Cortes on Friday, Sept. 3, from representatives of the private companies, who are popularly known locally and internationally in the retail and fashion wear industries.

Cortes, who was grateful for the donation, said that the donation would be a big help to the city’s vaccination program.

According to Sugbu News, the media arm of the Cebu Provincial government, the donated vaccines will be distributed to the different local government units of the province./with a report from Mae Fhel Gom-os

Mandaue to PUV drivers get vaccinated at ‘Bakuna, Bai!’