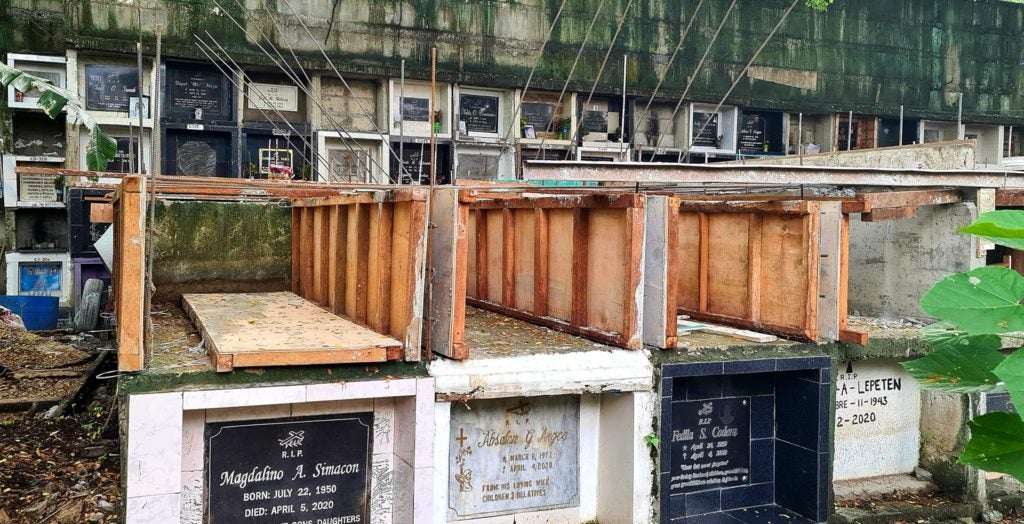 After they opened eight tombs at the Cabantan Cemetery this week, these were all filled in one day with four COVID-19 casualties and another four non-COVID deceased individuals.

This even if the city has seen a significant drop of cases in the past days, with the active cases dropping to 1,847 as per Emergency Operations Center (EOC) records.

However, deaths continue to be reported as the city records 34 deaths as of September 9, 2021, for the month.

Guardo said there were at least 72 tombs left unfinished in Cabantan Cemetery, and they expected these to be finished in the coming weeks, providing more space for the deceased.

(That is why we continue the construction of unfinished tombs so that by next week we will have eight more tombs.)

The Cabantan Cemetery is the first of the four major cemeteries under the Archdiocese of Cebu that the city government is building new tombs in.

This was the city’s response to the rising deaths in the city brought by the COVID-19 surge last August 2021.

Guardo said they were hoping to start building in the other cemeteries as well especially that there were donations of construction materials from the private sector.

(Those are still on standby and we will on that soon.)

The councilor assured the public that more tombs will be constructed in the coming weeks, and the gap between the demand and supply for burial space will eventually be reduced.