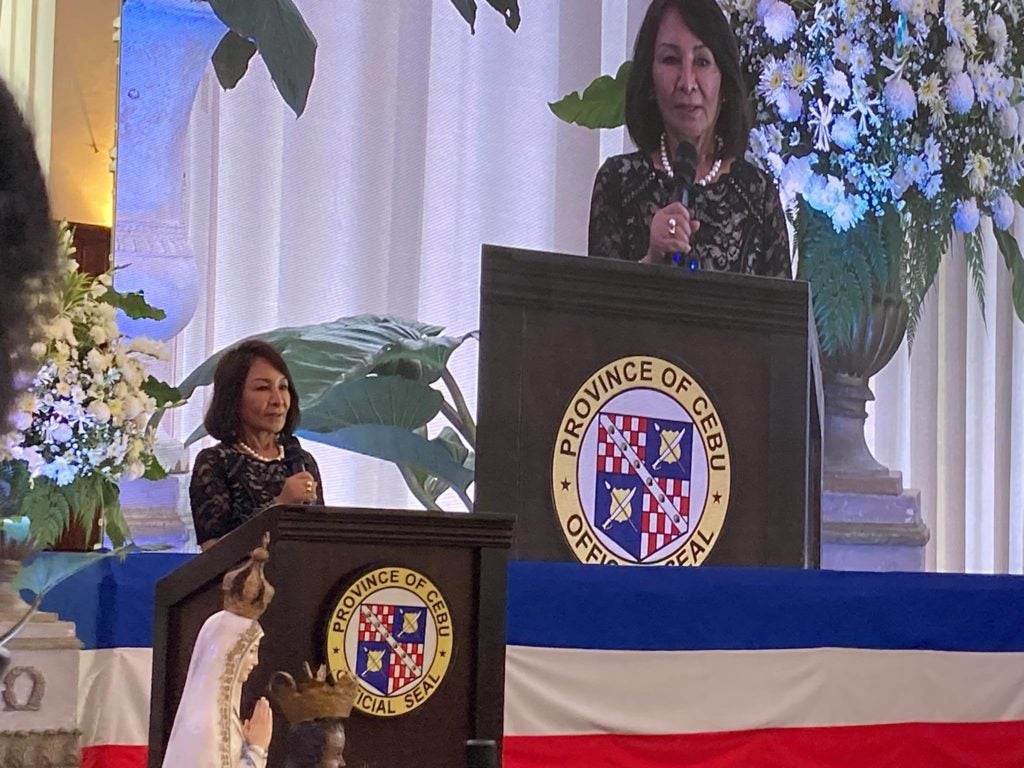 Cebu Governor Gwendolyn Garcia says during the necrological service of her father former Governor Pablo “Pabling” Garcia, that she has lost a mentor with her father’s passing. | Mae Fhel Gom-os

CEBU CITY, Philippines –  “I have lost my mentor, my guiding light and a standard from which I have always measured myself.”

This was what Cebu Governor Gwendolyn Garcia said during the necrological service of the late former Governor Pablo “Pabling” Garcia at the Capitol Social Hall on Friday, September 24, 2021.

Garcia said such service was one of the most difficult among the myriad of challenges that she had to face while serving as governor in the province.

The governor said she never imagined that she would be presiding over the necrological services of her father.

“This year, I would have served 12 years as governor of Cebu and in the myriad tasks and challenges that I had to face, this afternoon’s-affair is one of the most difficult. For when I assumed office in July 2019, little did I know, then known could I have ever imagined that I would have to preside over the necrological services of my own father,” she said.

“But as governor it is my duty and I do so with a heavy heart because as his daughter I have lost my mentor, my guiding light, and a standard from which I have always measured myself,” she added. 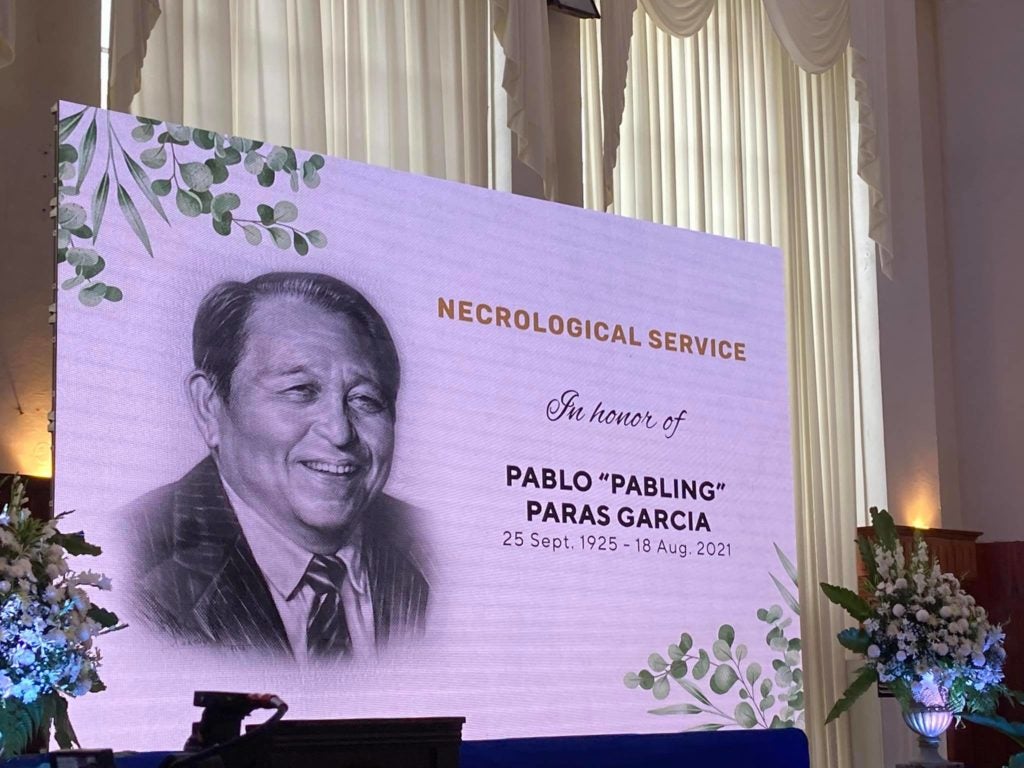 A necrological service for the late Governor Pablo “Pabling” Garcia is held at the Capitol today, Sept. 24. | Mae Fhel Gom-os

As the first woman governor in the province, Garcia said she owed everything to her father, who served before her in the same position.

“I was that first woman governor but in that victory I could never claim credit. I owe it all to the person who served before me, Governor Pablo Paras Garcia. For the Cebuanos who chose me, his daughter to lead this province, was a testimonial to his selfless and dedicated service as a governor for nine years,” she said.

For nine years, Garcia stressed that Pabling was her mentor and proud critic, of whom she learned on how to give life to the words.

(It was there that I learned to give life on his words and first words as a governor. Don’t let words do the work but the let the work speak for itself.) 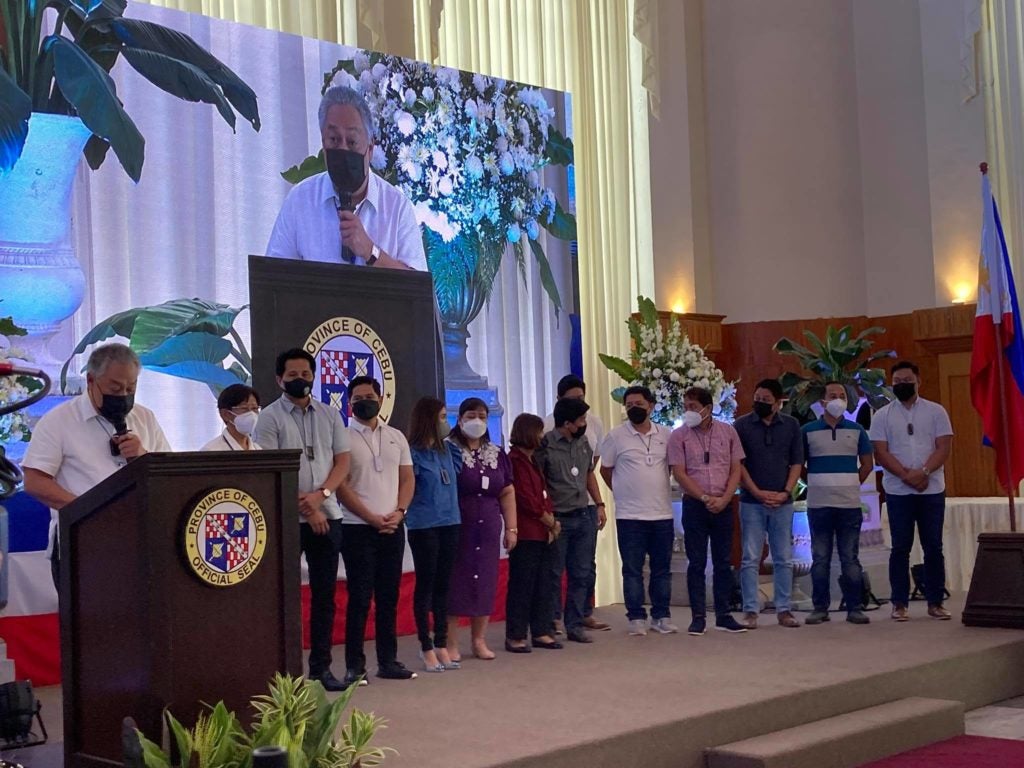 The service was attended by families and several Cebu officials including Vice Governor Hilario Davide III, Office of the Presidential Assistant for the Visayas Secretary Michael Dino, district representatives, provincial board members, and city and town mayors.

The Provincial Board, led by Davide, and the League of Municipalities of the Philippines- Cebu Chapter, led by Mayor Christina Frasco, read and presented resolutions of condolences to the bereaved family of Pabling.

Garcia’s family, including Third District Representative Pablo John Garcia, expressed gratitude to all the officials who attended the service despite the political colors and to the Cebuanos for the support.

It can be recalled that the three-term governor passed away on August 18, 2021, and was laid to rest beside his wife, Judge Esperanza “Inday” Fiel Garcia at the Angelicum in Mandaue City on August 21.