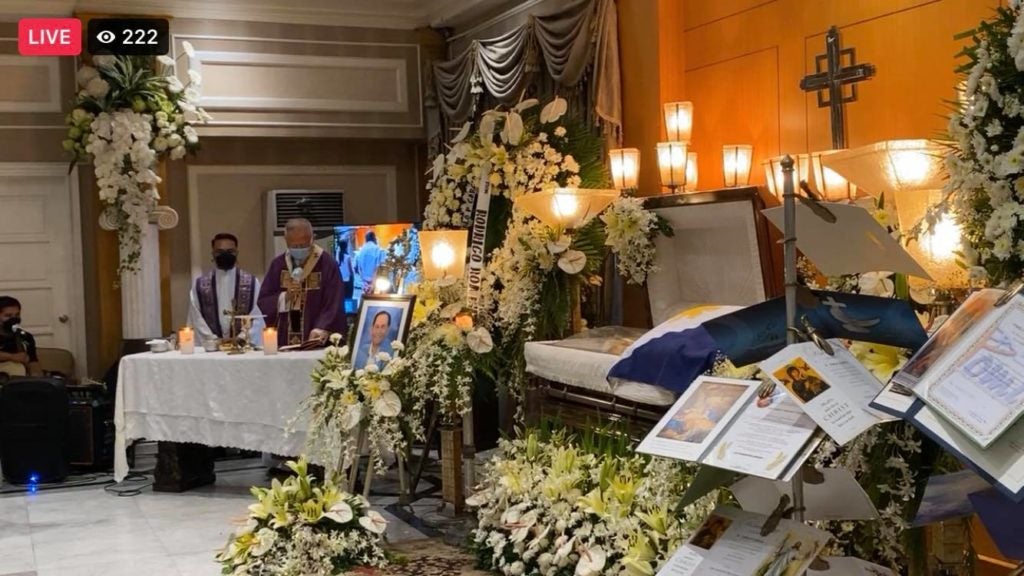 Garcia was laid to rest three days after he passed away on Wednesday evening, August 18.

The Holy Mass which was held at the Cosmopolitan Funeral Homes in Nivel Hills, Lahug, Cebu City, was presided by Archbishop Jose Palma and was attended by immediate family members only.

CDN Digital in a recent Facebook post, withheld the exact venue of the funeral service as requested by the family of the late governor.

Other relatives, friends, and Cebuanos were given the chance to join the service virtually via a live stream of the Cebu Provincial Government’s Facebook page.

“This live feed is for the rest of relatives, friends, and Cebuanos whose lives he touched and who want to attend and witness the service but cannot do so because of quarantine restrictions,” read the Facebook live caption.

Netizens, through their comments on social media, extended their condolences to the bereaved family of the late governor.