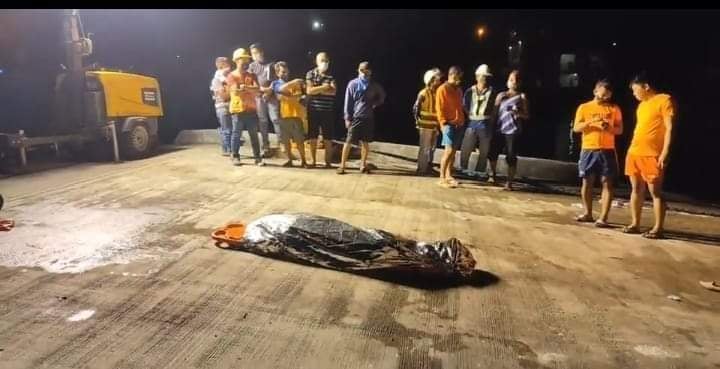 | The body the missing female purser was recovered shortly after the sinking of M/V Lite Ferry 3 while at the port of Ormoc City. | photo courtesy of John Kevin Pilapil

CEBU CITY, Philippines – A roll-on/roll-off vessel sank while it was docked at the port of Ormoc City shortly after midnight on Saturday, September 25.

One of its 16 crew members, a female purser identified as Raquel Alo of Balilihan town in Bohol province, died during the incident.

Alo’s body was fished from the waters by rescuers from the Philippine Coast Guard and company personnel who were looking for her.

“Danilo Lines Inc. regret to announce that one of its vessels, M/V Lite Ferry 3, encountered an incident at the Port of Ormoc City moments after its arrival at the said port. At the moment, the vessel is partially submerged in the water,” reads a statement that was posted on the Facebook page of Lite Shipping Corporation – Lite Ferries.

“The company, together with the Philippine Coast Guard is still trying to investigate the cause of the incident,” it added.

Luckily, “there were no passengers on board the vessel but was loaded with cargo.”