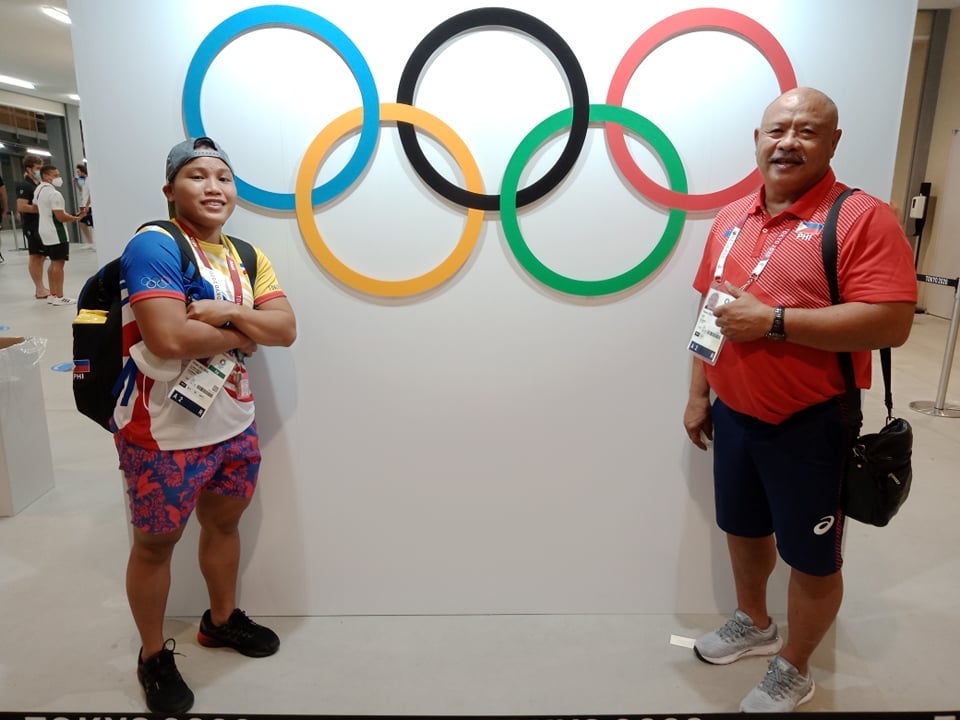 Tashkent, Uzbekistan, will be hosting the major weightlifting competition following its successful staging of the Asian Weightlifting Championships in April.

Headed by the country’s first Olympic gold medalist Diaz, the team will field in a total of nine weightlifters, including the four Cebuanos.

The composition was revealed to CDN Digital by no less than Olympic weightlifting coach Ramon Solis.

Diaz will compete in the 55-kilogram weight class while fellow Olympian Elreen Ando of Cebu will debut in the 59kg weight class from the 64kg division she competed in Tokyo.

“Our chances of qualifying for the Olympics or perhaps winning a medal in the world championships are in the lighter weight categories. We have stronger female weightlifters as well as male weightlifters,” said Solis, who coached Ando in the Tokyo Olympics last August.

Aside from Ando, the other Cebuanos in the lineup include Fernando Agad, John Febuar Ceniza, and Dexter Tabique.

Ceniza, Agad, and Tabique will compete in the 55kg, 61kg, and 96kg weight classes, respectively.

They will be joined by Boholana Vanessa Sarno, who won two gold medals in the Asian Weightlifting Championships in Tashkent last April. She will vie in the 76kg division.

Solis said he won’t be joining the team since he already had his international coaching stint in the Tokyo Olympics. Instead, the SWP will be sending Christopher Boreros, Richard Agustin, and Roberto Colonia to Tashkent.

“Our training is non-stop. We only took a one-week rest after the Olympics and after that, we continued training daily,” said Solis referring to his weightlifters in Cebu.    /rcg