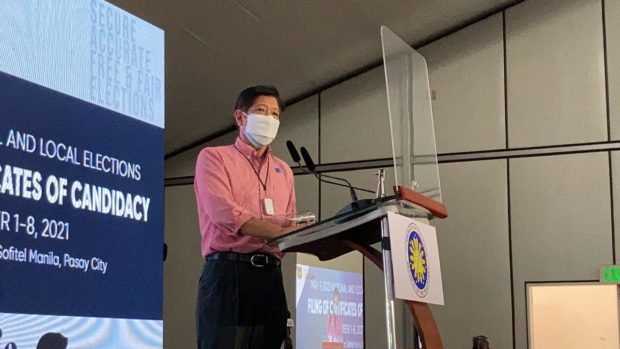 “As of now, no one has filed for vice president under PFP. To be very candid with you, the reason why is that the original plan was for us to adopt PRRD [Duterte] for our vice presidential candidate,” Marcos shared after he filed his certificate of candidacy at the Sofitel Harbor Garden Tent in Pasay City on Wednesday.

(But because of what happened last Saturday, the plan changed. That’s why we are currently in consultation on what to do.)

Meanwhile, Marcos said that they will release the list of their senatorial slate in the following days.

“’Yung sa Senado naman [For Senate], we will be providing the list of our senatorial candidates in the very near future within days from now,” he said.