Gabunilas recovering from injury, hoping to fight in December 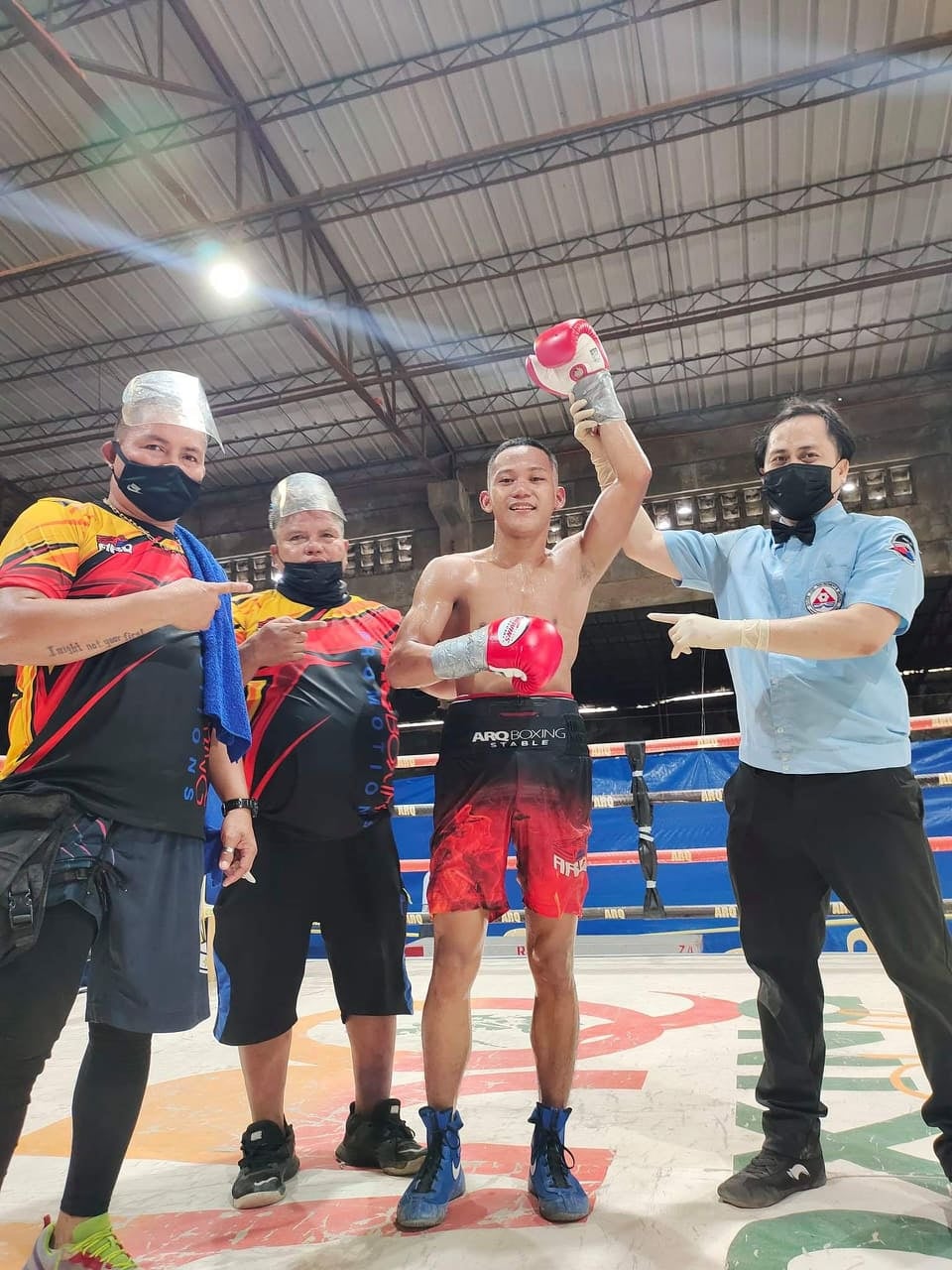 CEBU CITY, Philippines—Johnpaul Gabunilas, the rising prospect of boxing startup ARQ Boxing Stable, yearns to get back into action after being sidelined due to an injury.

Gabunilas, diagnosed with sports hernia (athletic pubalgia), told CDN Digital that he was very excited to get back into training and hopefully would get to see action in the ring come December.

(Those, who supported me, you just wait until December because my fight this Oct. 30 has been canceled because of my injury. I hope that you will continue to support me and ARQ Boxing Stable. Thank you so much for all your support.)

(I am so excited to fight. I have slightly recovered. I have also started light training.)

The 21-year-old Cebuano boxer would have fought for the Oriental Pacific Boxing Federation (OPBF) youth light flyweight title on October 30’s “Engkwentro Dos” of the ARQ Sports Promotions but was canceled due to his injury.

He was supposed to face  Jerome “The Machine” Baloro (6-0, 4KOs) for the OPBF title.

Despite the setback, Gabunilas remains optimistic and said that his injury was only minor and won’t affect his morale and his determination to get a fight in December.

(It is a normal injury. It is not really serious. It only needs rest, but in December I can fight already.)

ARQ Boxing Stable’s conditioning coach Roger Justine Potot already told Gabunilas that his injury was only a minor setback and would make his dream of becoming a world champion more meaningful.

“We told Johnpaul that this is just a minor setback sa iya goal (for his) to be a world champion. Ang results sa iya (of his) medical show he can fully recover after 4-6 weeks,” said Potot.

“He needs active rest and rigorous strength and conditioning program (that is) made to build and strengthen his muscles especially iyahang (his) core. He’ll be stronger and ready by the end of this year 2021.”

The fight card that will headline ARQ’s stalwart April Jay Abne (6-0,3KOs) versus Ben Ligas (13-1-2,9KOs) will still push through on October 30 in Cebu, with the venue yet to be determined.

Read Next
Some sectoral groups back BongBong-Sara tandem