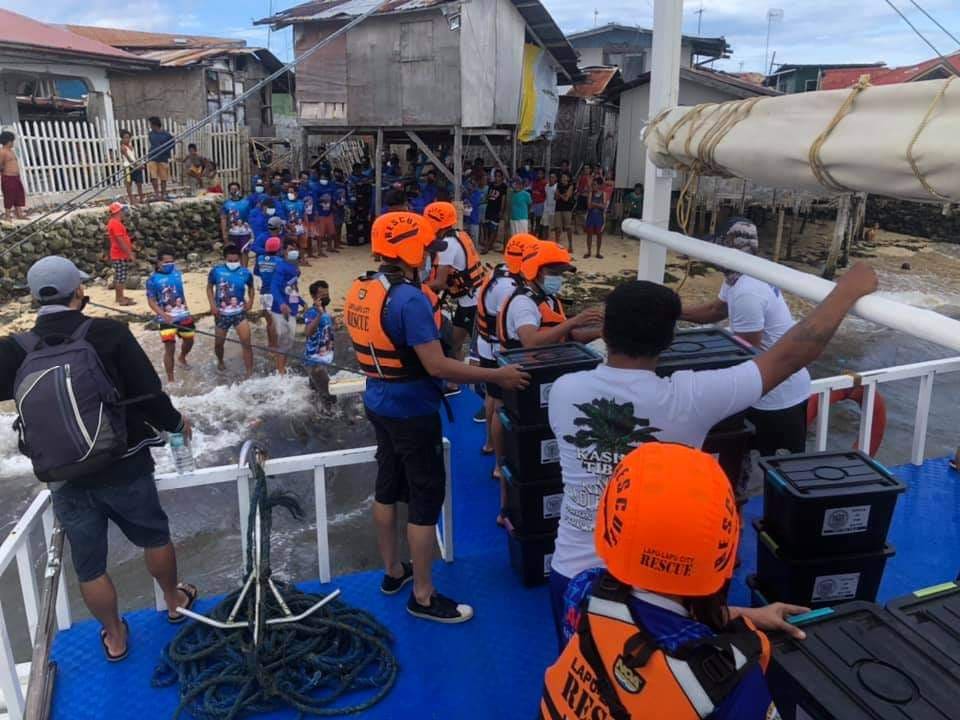 The Lapu-Lapu Disaster Risk Reduction and Management Office team headed by Nagiel Bañacia arrives in Barangay Caubian to give assistance to residents affected by the seawater during high tide which submerged parts of the barangay. | Nagiel Bañacia, head DRRMO of Lapu-Lapu, FB page

This is after Lapu-Lapu City Mayor Junard “Ahong” Chan received a report that the island had been submerged due to the sudden rise of seawater or high tide.

However, this afternoon, suspended Caubian Barangay Captain  Jackson Matbagon clarified that only two of the three sitios of the barangay were affected – Sitios Kasadpan and Sidlakan.

Due to the earlier report about Caubian, Chan visited the islet this afternoon to verify if indeed the whole islet had been submerged.

During his visit, he also expressed his plan to evacuate more than 500 resident in the barangay to the mainland in Lapu-Lapu.

(The DRRMO [Disaster Risk Reduction and Management Office] went there first, so [they can assess] if we need to evacuate the residents or not.)

The mayor also sent food items to the area, after the residents in the barangay has experienced a scarcity of food supply.

(They don’t have enough supply of food there. So that is why we send food, rice, because there are stores there, what the stores there had, we would just buy them, but they only had a few supplies there, like one store which only had a sack of rice and another one had only two sacks of rice, so these are not enough.)

In the latest Facebook post of Nagiel Bañacia, DRRMO head, said that their team had already arrived at the islet, along with the food supplies to be distributed to affected families.

He also said that only those houses near the coastline in Sitios Sidlakan and Kasadpan had been submerged in seawater due to the high tide.

He reiterated that it was not the whole islet that had been submerged.

(It has never reached the point in history in our barangay, even if there was a storm, that the whole island had been submerged. This is because the (honasan) area without water during low tide is quite large.)

Matbagon also blamed the illegal excavation of sand in the area as one of the reasons why some parts of the barangay were experiencing this kind of situation.